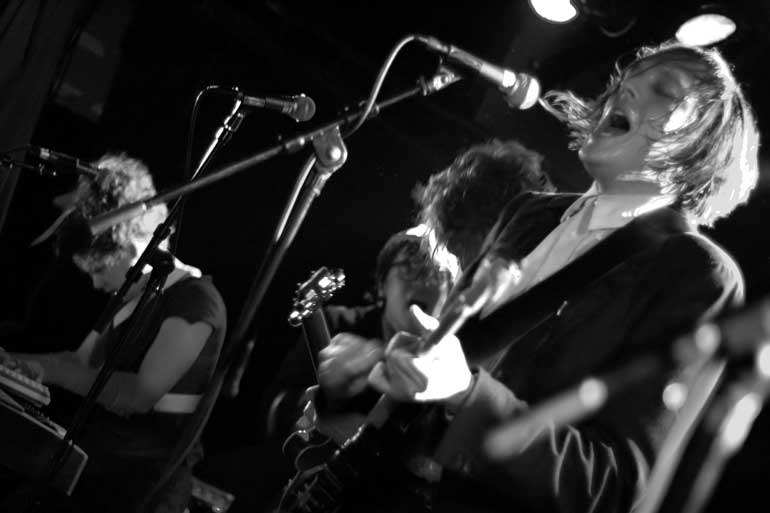 The Polaris Music Prize Gala starts tonight at 7 p.m. at The Carlu in Toronto and ends with the delivery of a $30,000 cash prize to one of 10 Canadian acts.

Members of short-listers Arcade Fire and YAMANTAKA//Sonic Titan will also be in attendance. There has been no word as to the attendance of the final nominees, Timber Timbre and infamous Toronto rapper Drake.

The Polaris Music Prize, which is now in its ninth edition, is an award unique in the Canadian music scene due to the criteria on which it is based.

Unlike the widely known Juno Awards which partially base its nominations on sales performance, any Canadian full-length album is eligible and the nominees and eventual winner are selected solely upon “creative artistic achievement.”

“(Polaris’) raison d’etre is to shine a spotlight on superb Canadian music, whether it’s commercially successful or not,” said Michael McCarty, SOCAN‘s chief membership officer. SOCAN, a musicians’ organization, represents all short-listed solo acts and at least one member of each short-listed band.

A definition of “creative artistic achievement” is entirely subjective and left to the music journalists, programmers and producers who make up the 200-member jury.

“They pick their ballot selections bases on what their individual criteria for best album is,” said the Polaris website. “We do not have a scorecard for lyrics, production, height, length, smell or anything of the sort.”

Lana Gay is one of those tastemakers. The CBC Radio 3 host has been a Polaris Prize juror since 2006.

“Canadian indie music is basically my life,” Gay told Humber News in an email exchange. “There is a Google group where the jury members communicate and post albums throughout the year that they think everyone should check out (and) are potential contenders.”

After the Short List of 10 nominees is announced, 11 of the 200 jurors are selected to form the Grand Jury. Gay sat on the 2008 Grand Jury that awarded the prize to Caribou.

“Once you are sequestered the night of the Gala you don’t leave the room until the vote is done,” she said. “The best part is you don’t know who wins until it’s announced. So you leave the room and make it to the party just in time to be surprised like everyone else!”

Listen to a sample of the nominated artists below and tune in to the live stream by AUX TV at 7 p.m. ET to find out who among the short listers will take home the $30,000 cheque.

Owen Pallett – On a Path

Tanya Tagaq  in concert with Nanook of the North