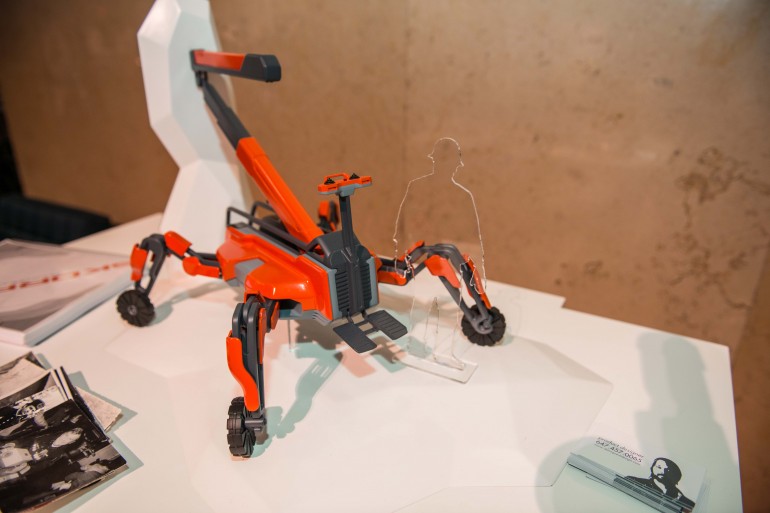 The James Dyson Award, an international design award, saw a Humber College student as one of this year’s top contenders.

Borys Chylinski, a Humber Industrial Design alumni, was a Canadian national runner-up for his design of the Skorpion Rock Drill. He will continue on to international judgement.

The Skorpion Rock Drill is a compact mining carrier drill designed to safely extend into mines by drilling into underground rock walls.

Chylinski said the award is incredibly meaningful to him.

“Just getting international recognition for my work feels great and I’m super excited to be a part of it and represent Humber,” said Chylinski.

The Dyson Award is open to design, industrial design and engineering students worldwide. It participates with 18 different countries and is currently in its tenth year. The award is run by the James Dyson Foundation, an organization that funds and supports young engineers and designers.

Chylinski came up with the idea after both of his grandfathers and father were in the mining business.

“The levels of safety there was very, very poor,” said Chylinski. “It was during the communist era. I just wanted to look into that and sort of explore my roots.”

After looking at YouTube videos of mining competitions, Chylinski started reading up on different safety measures and protective equipment.

“I discovered that these tools, which are used basically in every mine around the world, are responsible for about one-third of all mining relating injuries,” said Chylinski. “I thought that maybe I could try to find a more user-friendly solution and help these people from getting injured.”

Chylinski originally worked on this as part of a school thesis project and did an incredible amount of research for it.

A sketch of the Skorpion Rock Drill. Photo courtesy of Dyson.

“When you’re designing a product, you have to justify its existence,” said Glenn Moffatt, Chylinski’s former professor.

Chylinski said his design won’t be used by companies quite yet.

“I did visit a small company that designs these jack right drills, and we sort of discussed the ways these things can be improved,” said Chylinski. “As of yet, I don’t know if it’s financially viable. Maybe when that technology becomes more readily available, people will come knocking, but for now not really.”

Prior to the Dyson Awards, Chylinski previously won the first spot at the Rocket Show, which is a competition between Carleton University, Humber College and the Ontario College of Art and Design.

This year’s national winners are University of Toronto students, Arianna McAllister and Lian Leng for their project the PrintAlive Bioprinter which will help improve the recovery and healing time of burn victims by producing high resolution microtissue arrays.