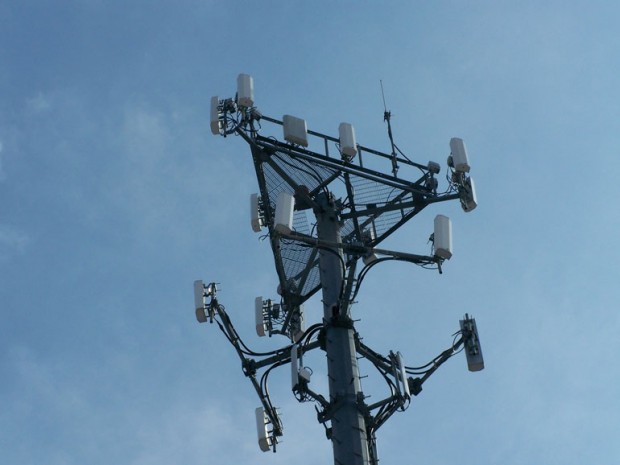 Cellular towers are just one of the technologies exposing people to radio frequency fields which the Royal Society of Canada have recommended Health Canada research further. Courtesy Wikimedia Commons

Health Canada should do further research into the health effects of exposure to radio frequency fields, the Royal Society of Canada said Tuesday.

The federal health department hired the society to establish a panel to review Safety Code 6, which provides guidelines on the safe exposure levels to radio frequency fields, such as those emitted from mobile devices, cellular towers, and wireless networks.

In a 164-page report released Tuesday morning, the panel recommends that Health Canada “aggressively pursue scientific research” into any possible connection between radio frequency fields and instances of cancer.

Canadians For Safe Technology, a non-profit advocacy group, say waiting for more research isn’t the answer, and Health Canada should work towards updating their safety code without delay.

“We need the minister to do something now,” Frank Clegg, the group’s CEO, told Humber News.

“What we’re saying is, there’s enough science, so now let’s agree that Safety Code 6 isn’t right and let the science take over what the level is,” he said.

However, according to the report, “many of the studies considered reached conflicting conclusions.”

Clegg, a former president of Microsoft Canada, also questioned the independence of the Royal Society of Canada panel itself.

“We have a redacted document that shows Health Canada suggesting who the panel members are,” he said. “It’s an independent panel. You should let the Royal Society decide who’s going to be there.”

But not everyone disagreed with the panel’s findings.

“I agree with the basic conclusions of the panel that for the most part there’s no evidence that suggests that the SAfety Code 6 regulations should be changed in general,” said Mary McBridge, a BC Cancer Agency scientist and professor at the University of B.C., said.

Health Canada said on its website that “health concerns are sometimes expressed by people who live or work near cell phone tower antennas,” but it notes that “the consensus of the scientific community is that RF energy from cell phone towers is too low to cause adverse health effects in humans.”

According to the website, Safety Code 6 was most recently updated in 2009.