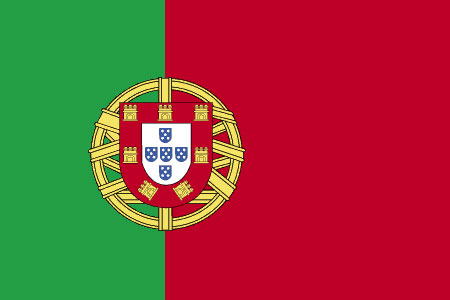 It was a difficult qualifier for Paulo Bento’s men. In the group stages, Portugal came second to a resurging Russian squad, that won and lost against them on their way to claiming the top spot in the group. Portugal was forced into the playoffs against Zlatan Ibrahimovic and Sweden.

The world knows of the quality and world-class ability of the Real Madrid forward, but it was Cristiano’s brilliant performance in the two playoff matches that paved the way to Brazil 2014.

A one-man team does not win trophies, even with arguably the best player in the world on your side. But, contrary to popular beliefs, Portugal is not a one-man team. Yes, Ronaldo is their prized asset. He got them through the playoffs, but he only managed two goals in the 10 games during qualifiers.

“I don’t think they are of the quality that can win them a World Cup right now, and that’s basically because they get goals from one area of the field and that’s from Cristiano Ronaldo,” said Dan Riccio.

“Where they struggled in qualifying, and it was all the games where teams were able to cancel out what Ronaldo can do on the field, which is by no stretch of the imagination an easy thing to do, but, when he doesn’t score, Portugal usually struggles.”

It’s baffling when people fail to realize the quality in this squad. With midfielders like Joao Moutinho, Raul Meireles, Nani and Miguel Veloso often overlooked, because Portugal is chronically over-reliant on Ronaldo. Though, that was the case in the playoff against Sweden, where Ronaldo scored all four goals for Portugal in both matches, he took it upon himself to carry his team, but with strikers like Helder Postiga and Hugo Almeida, who else do can be expected to score?

That brings me to my next point. If Portugal wish to progress from what many are calling Group of Death, with Germany, Ghana and an underrated U.S. squad, and go further than the round of 16, they will need more than the brilliance of Ronaldo.

“They really don’t have a clear source of goals outside of Ronaldo. They have a strong midfield. Pepe in defence has had a resurgence this season with Real Madrid,” said Riccio.

“They are strong pretty much all over the pitch but, they still need to find more goals and I don’t think they have that heading into Brazil right now.”

The weakness of this squad resides in the attacking position. Helder Postiga and Hugo Almeida are not players that are going to get you goals. Though Paulo Bento has an array of strikers at his disposal, he is reluctant to replace the two players, as the likes of Nelson Oliveira, Edinho and Eder lack the experience playing in the World Cup.

With Ronaldo’s current form, Portugal can go into Brazil with high hopes of making a deep run into the tournament. Depending on their performance against Ghana and the U.S., and whether or not Ronaldo’s supporting cast shows up, I’m expecting either a semi-final appearance or an early quarter-final exit.

But I wouldn’t be surprised if they fail to make it out of their group either.