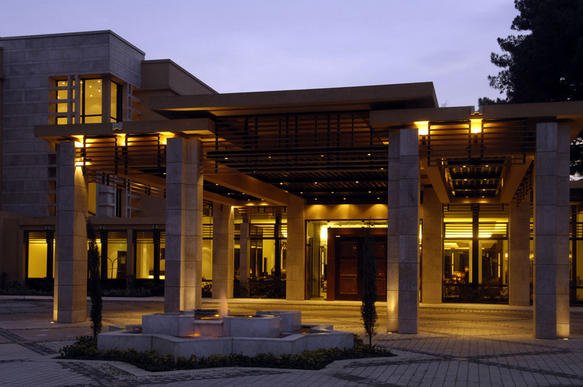 Two Canadian development workers are amongst the nine civilians killed after a Taliban attack at a Kabul hotel on Thursday night.

Vancouver optometrist Roshan Thomas has been identified as one of the victims in a tweet released by B.C. Liberal Senator Mobina Jaffer.

Friend of mine Roshan Thomas killed in Kabul . Her husband #Dr.Thomas thier children and she worked hard for the betterment of Afganistan

The other Canadian killed has yet to be identified.

CNN is reporting a staff reporter for Agence France-Presse, his wife, and two of his three children were also killed in the incident.

Four teenagers stormed the Serena Hotel and began sporadically firing weapons. The hotel was hosting an event to mark the eve of the Persian New Year, an important holiday for Afghans.

The incident occurred just over three kilometres from the Canadian mission in Kabul. While combat troops have left Afghanistan, the Canadian government has dedicated resources to help assist the Afghan National Security Forces.

Foreign Affairs minister John Baird said it was a “brazen and cowardly attack.”

“Obviously, this is an example where people who are working in Kabul, trying to promote values and development are under attack,” Baird told reporters in a video featured on the Toronto Star‘s website.

Baird said there will be an investigation into exactly what happened to ensure justice is served.

The Canadian Ministry of Foreign Affairs released a statement stating the government is seeking more information while also offering condolences to those affected by the attack.

“Many of these people dedicated their lives to helping everyday Afghans build a better country for themselves, including education, and enhancing the role of women and girls in Afghan society,” Baird said in a statement released by Foreign Affairs featured on Global News‘ website.

“Acts of terror must not go unpunished, and those who perpetrated and supported this violence must be held accountable,” the statement read.

Afghan security forces killed the young men, who were all under the age of 18. The standoff lasted for three hours. The gun battle left 11 people dead and 22 injured, a doctor working at a local hospital told CNN. He continued to say at least six attackers were killed.

Afghan deputy interior minister Gen. Mohammad Ayoub Salangi said the four attackers snuck small pistols and ammunition into their socks and shoes before the incident. They managed to pass through a metal detector and a pat down without issues. The hotel has gained a reputation for being one of the safest areas in the Afghan capital.

Afghan Taliban spokesperson Zabihullah Mujahid declared responsibility for the attack. He said the Taliban will continue to recruit fighters that disrupts the pro-U.S. Afghan government with lethal force.

“Our people, if they decide to attack any place, they can do it,” Mujahid said.

The news comes days after Canada officially withdrew their combat troops from the NATO mission in Afghanistan. After 12 years of fighting and the deaths of 158 Canadians, the government has shifted focus to the training and development of Afghan security forces.

The ISAF reported last month that Canada has committed $330 million to maintain and assist the Afghan National Security Forces.