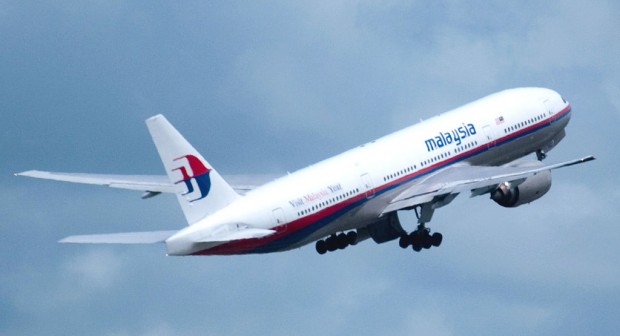 The search continues for the missing Malaysia Airline Boeing 777 airplane – and the case is more mysterious than ever.

Flight MH370, which was carrying 239 people on board, disappeared Friday night during its flight from Kuala Lumpur to Beijing.

While flying between Vietnam and Malaysia, the plane suddenly lost contact with ground controllers.

MH370 lost contact while flying between Vietnam and Malaysia. Image courtesy of Flightradar24.

The cause of the lost connection is currently unknown, as the plane was at cruising altitude, and weather conditions were normal. No distress call was ever signalled from the pilots.

There has been no sign of the missing plane.  Reports have claimed a discovery of a missing plane door, as well an oil spill believed to be the vessel’s fuel. Both of these reports however have been found false.

One theory is that the plane may have disintegrated in mid air.

“That means it would have exploded,” Carole Laforte, a flight attendant for Air Canada told Humber News. “They’re not saying that exactly, but a plane does not disintegrate unless it explodes.”

Experts are not ruling out foul play, after it was discovered two passengers used stolen passports to board the plane.

According to police, the stolen passports, one from Austria, the other from Italy, were reported stolen in Thailand in 2012, and 2013, respectfully.

E-booking records show last minute one-way tickets were booked for the flight on Thursday, under the names on the stolen passports.

“(Flight attendants) are trained to never give access to the cockpit. So did they have help from the crew? Did they manage to get on board with some kind of weapon and they forced them (to open the door), or maybe the pilot went crazy. Nobody knows,” Laforte said.

Malaysia’s air force chief, Rodzali Daud, said during a news conference that military radar showed the plane might have turned around before disappearing.

Despite hearing airline horror stories, Laforte, who has worked for Air Canada for 40 years, said she is not concerned for her safety when flying.

“It’s a freak thing. You can’t be thinking about it all the time,” she said. “The chances of this happening are rare. This is a big mystery.”