Man who poked holes in condoms guilty of sexual assault 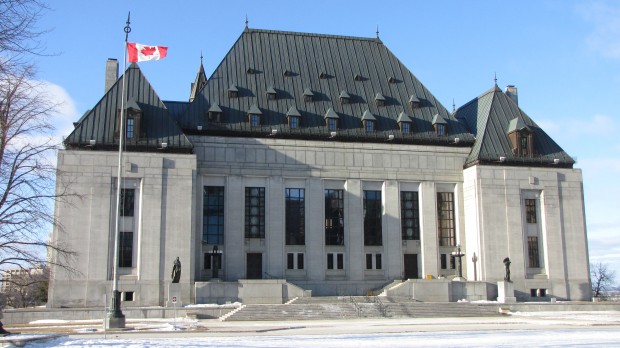 A Nova Scotia man who tricked his girlfriend into an unwanted pregnancy will serve another seventeen months in jail.

The Supreme Court of Canada upheld Craig Jaret Hutchinson’s sexual assault conviction by a unanimous decision on Friday. The judges also ruled that the condom sabotage was an act of fraud that invalidated the woman’s consent.

“While the Crown did not establish beyond a reasonable doubt that the complainant’s pregnancy was the result of the damaged condoms, Mr. Hutchinson (the accused) exposed her to an increased risk of becoming pregnant by using a faulty condom,” the decision read. “This constituted a sufficient deprivation for fraud.”

The judges also ruled that depriving a woman of the choice to become pregnant by increasing her risk of pregnancy is “equally serious as a significant risk of bodily harm.”

Hutchison was afraid that his girlfriend would break up with him, so he punched small holes in condoms in an effort to save the relationship. Later, when he admitted to damaging the birth control, the woman went to the police.

The woman, whose identity is protected, had become pregnant. She had an abortion, and endured two weeks of bleeding, severe pain, and infection afterwards.

“That’s the problem with this – you don’t want to say that pregnancy is bodily harm, which you can say in the HIV cases,” said David Rose, a Toronto criminal lawyer.

“The question is – does deception vitiate consent? And in order to have deception, does the act have to be something that might potentially cause bodily harm?”

The judges referenced cases in which HIV-positive men and women did not inform their sexual partners that they had the virus. In those cases, it was ruled that the dishonesty nullified consent, regardless of whether or not the unknowing partners suffered physical harm.

Defense lawyer Luke Craggs of Halifax, said he was disappointed with the decision which he said “clarifies it for this one issue in this one circumstance, but I’m still pondering how broad the implications will be,” said Craggs.

Emma Dawkins, who works at the University of Toronto’s Sexual Education Centre, said she agrees with the ruling.

Hutchison’s girlfriend had made it clear to him that she did not want to get pregnant.

“This redefines consent,” said Rose. “Contraception deception is illegal … this ruling says it doesn’t matter whether it’s a realistic risk of pregnancy, as long as the condom is broken then it vitiates consent.”

The case has been before courts for almost seven years. Hutchinson was acquitted at his first trial, but the Nova Scotia Court of Appeal overturned the ruling. He was convicted at his second trial by a 4-1 count. The dissenting judge argued that the case could lead to criminalization of women who lie about being on the Pill.

“Certainly what they say here is that it seems to be applicable only to women,” said Craggs. “Whereas for men the same consequences don’t flow from sabotaged birth control for men as it does for women.”

Craggs had not yet spoken to his client.

“I would assume he’s pretty glum, but this has been hanging over his head for a long time,” said Craggs. “It’s obviously not the outcome he wanted, but there is at least a measure of closure now.”