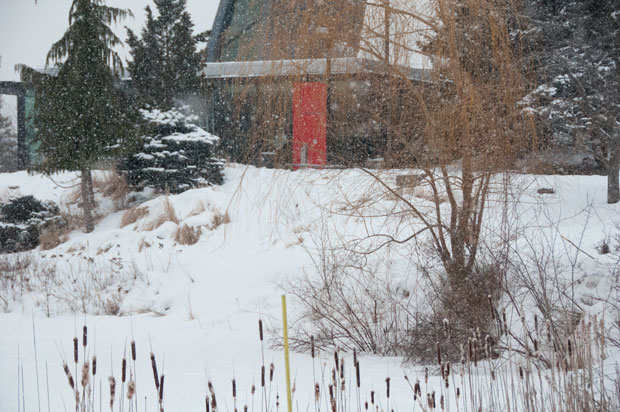 Some conservation areas in the Greater Toronto Area are making adjustments to maintain their parks during this season’s harsh weather conditions. Humber’s Arboretum is one such location that has had to work around the extreme cold that has swept the city this winter.

Shannon Ho, a business assistant at Humber Arboretum, said a snowshoeing event was cancelled last month. “We had to cancel the last snowshoe event due to the rain we experienced,” Ho said. “Because the temperatures froze [the water] over the next day, it wasn’t the best condition to snowshoe.”

She said the turnout on registration for the event was great, but they couldn’t go forward with it. The event has been moved to March 8. “The ice layer has receded since then so we’re good to go for this upcoming weekend,” Ho said.

She went on to say Humber’s Arboretum tries to host an event multiple times during the winter season if weather conditions permit.

“We take a look at how the grounds are at the start of the month and then we make a decision from there on how many events we can hold,” Ho said. The Kortright Centre for Conservation is located in Vaughan, Ont. It is managed by Toronto and Region Conservation Authority, an organization that oversees various parks, trails, parking lots.

Matt Kenel, project manager of the Conservation Lands Group, told Humber News that the Kortright Centre and the Albion Hills are the only conservation areas operated by the TRCA that are open during the winter. Kenel said that those two parks remain open during extreme weather conditions.

The public is notified of these conditions just in case they decide to head in to the trails.

“As an employer we notify our own staff to stay safe, work in pairs or in groups, have a cellphone or a charged walkie-talkie so you can be reached. ” Kenel said staff are advised to not be outside too long during cold weather conditions by taking breaks. Kenel said that the ice storm in late 2013 was exceptional.

“We’re still in the process of going into each of our properties and we still receive calls from neighbours or people whose homes are backed on the conservation property and we address those as the calls come in.”