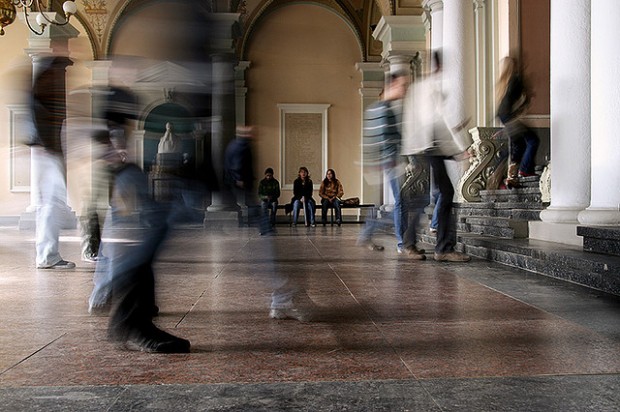 Rock announced the task force will include a report outlining ways for everyone on campus to create a more respectful and equal environment through sensitivity training.

.@uOttawa‘s Task Force on Respect and Equality: We need frank discussion about attitudes and behaviour towards women http://t.co/2bd8XadUV9

Rock’s announcement comes two days after the university’s  men’s varsity hockey team was suspended because of an alleged sexual assault involving members of the team.

The incident reportedly occurred on the weekend of Feb. 1 while the team was playing two scheduled games against Lakehead University in Thunder Bay. No details are being released until the investigations have been completed.

The sexual assault allegation comes on the heels of accusations against five male students by Anne-Marie Roy, president of the university’s student federation.

An anonymous source sent Anne-Marie Roy the Facebook conversation five male students had about the 24-year-old president of the university’s student federation. The conversation included sexual acts the men wanted to perform with Roy and sexually transmitted infections they assumed she had. She said did not want to keep quiet on the issue, so she decided to make it public.

After Roy presented the conversation in a Board of Administrations meeting, four of the five men threatened legal action because the conversation was a private one. After she received a cease and desist letter, the board decided to shelve the motion, resulting in no action being taken.

Here is my statement in response to the sexually violent Facebook thread #uottawa #sfuo #cdnpse http://t.co/RkTRkl9WpE

While a task force is seen as a step in the right direction, one student in particular is questioning whether or not this will be the best way to eliminate the alleged rape culture on campus.

Isabelle Hetu, a political science student at the university and the president of CUPE 2626, started the Independent Initiative Against Rape Culture on Campus with a group of students and faculty members. Hetu told Humber News she was disappointed with the proposed task force.

“They did not consult any group or union on campus about the task force,” Hetu said. “It’s a report that won’t be ready until fall.”

At the news conference, Michaelle Jean, the university’s chancellor, spoke directly about the importance of addressing the issues on campus.

“This is not only a concern for women, not just a concern for the university or the campus,” Jean said about the two incidents during the conference. “It is a societal concern.”

The Initiative Against Rape Culture on Campus started as a letter last week and now has a list of recommendations accompanying it, including a request to create a women’s help centre on campus and a public, transparent account of the measures that will be taken by the university in regards to such incidents.

Hetu, who has been involved with the university for six years, is concerned once the report is completed it may only be used for internal use and it could require an access to information request to view it, which she says has been the case in the past.

All members of the campus community are encouraged to get involved in the proposed actions by the Initiative Against Rape Culture on Campus.