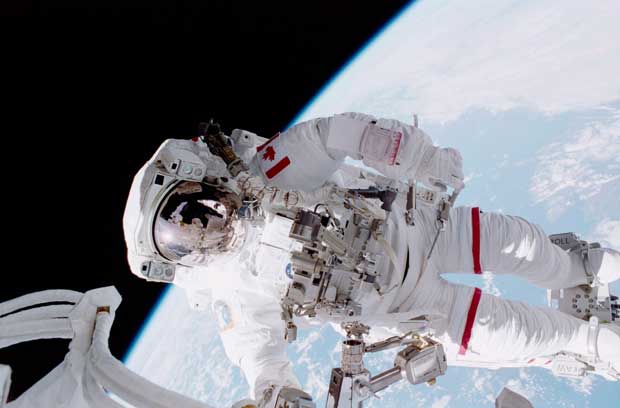 Canadian government is hoping to inspire future generations to launch careers into space.

A plan to secure Canada’s future in space was the focus of an announcement this morning by Federal Industry Minister James Moore at Canada’s Space and Aviation Museum in Ottawa.

The five principles are as follows:

Moore also said the government is committing $17 million to the James Webb telescope, a successor to the Hubble Space Telescope.

The Minister was joined by the Canadian Space Agency President Walter Natynczyk and Canadian astronauts Jeremy Hansen and David Saint-Jacques.