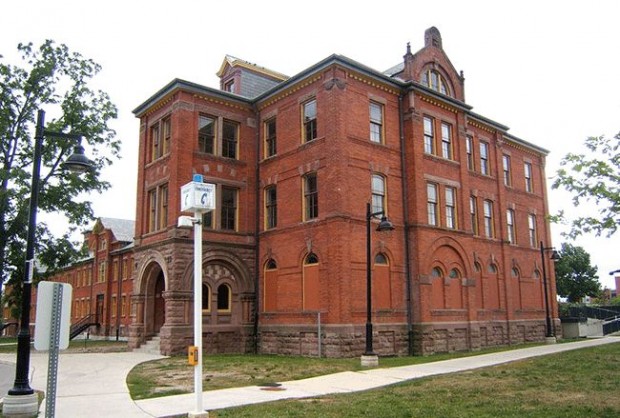 The Conflict Resolution Clinic is available to the greater Etobicoke community in the central location of Humber’s Lakeshore campus.
photo by Annie, Wiki Commons

The clinic is run in partnership with the Humber Alternative Dispute Resolution Program and St. Stephen’s Community House and offers its services from 2-4 p.m. on alternating Thursday afternoons at Humber’s Lakeshore campus starting this Thursday, Jan. 23 in room H113.

The clinic opened its doors for the first time last April, but was closed in the summer and during the fall. Lee said that this was due in part to it being a new program.

“The students are only ready now and can begin mediating with an experienced mediator from St. Stephen’s,” said Mary Lee, the program advisor for the Alternative Dispute Resolution Program at Humber. It was closed during the summer and fall semesters because there were no longer any trained students.

The program is one year, and by this point in their education the students have the experience they need to begin helping people, Lee said.

“We have been doing community outreach and there is definitely a need for this service,” said Lee.

Catherine Feldman Axford, Community Mediation Program Coordinator at St. Stephen’s, confirmed the need for the service, and said that while there was a similar service available in the area, it folded a number of years ago and since they have received many calls of people looking for help with conflict mediation.

Students from Humber’s Lakeshore Alternative Dispute Resolution program get the opportunity to apply their skills at the clinic and to work with experienced mediators from St. Stephen’s, giving them tangible experience and training within their field, both organizations told Humber News.

“The clinic is envisioned in two parts: mediation and conflict coaching,” Feldman Axford said. “The clinic will help people learn their rights, who they should talk to next, as well as mediation. If we can help on a preventative level then that’s good too.”

The clinic has reached out to organizations like the LAMP Community Health Centre, the Salvation Army, Etobicoke councillor Mark Grimes, the Etobicoke Dolphins and two high schools in the area, Lakeshore Collegiate and Father Redmond Catholic Secondary School.

This school year they have 35 students who have been trained in mediation and conflict resolution and some of the trained students will remain with the clinic after the end of term.

The service is a benefit to the students outside of the Alternative Dispute Resolution program at Humber as well. Lee said the clinic has reached out to campus security as well as the residences in order to help with conflict resolution.

The clinic will allow students and the community at large to seek advice and mediation in both personal and professional conflicts.