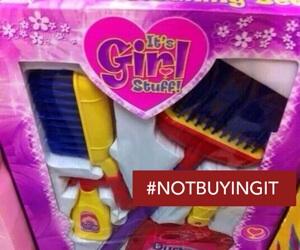 Non-profit organization The Representation Project released their app #NotBuyingIt, just in time for consumers to call out the notoriously sexist ads aired during the Superbowl.

The famed Superbowl ads are prime advertising real estate, and people have come to look forward to them almost as much as the game itself.  The most common things advertised during the Superbowl – cars, beer and fast food – also tend to be the worst offenders for sexist ads.

Imran Siddiquee is a founding staff member of the Representation Project. In late 2011, his team came up with the hashtag #NotBuyingIt, which took off during the 2012 Superbowl.

“It was clear during the Superbowl that thousands of people were fed up,” said Siddiquee over the phone from San Francisco.

Over 8,000 tweets were sent to godaddy.com, who aired a highly sexualized ad during last year’s Superbowl.

Siddiquee’s team was encouraged to create the #NotBuyingIt app to encourage further criticism of sexism in mainstream media.

“We wanted to give consumers a way to talk back to sexist media,” Siddiquee said.

Offended consumers can use the free app to easily upload images, stamp them with the hashtag #NotBuyingIt and send a message directly to the offending company.

The app makes it easy for like minded people around the world to connect. Users can also use the app to share photos, connect with other users, and see which brands around the world are the worst offenders.

“We’re starting to see results,” said Siddiquee. “Social media allows us to amplify our voices. All those messages are out in the open. Advertisers don’t have anything to hide behind anymore.”

Users can also use the app to reward advertisers with positive media campaigns using the hashtag #MediaWeLike.

Joyce Lamb, program coordinator of Humber’s advertising media management program, said Humber students are encouraged to be wary of the impacts advertising can have.

Lamb said there are several options if a consumer wants to respond to an ad they find offensive, but social media has become the most effective.

“What has the most impact is responding to the brand through social media channels,” Lamb said. “A well known brand will be prepared to respond to social media. It’s a way of democratizing advertising.”

The team at The Representation Project are taking a big role in democratizing advertising.

“These stereotypes limit us across the board,” said Siddiquee.