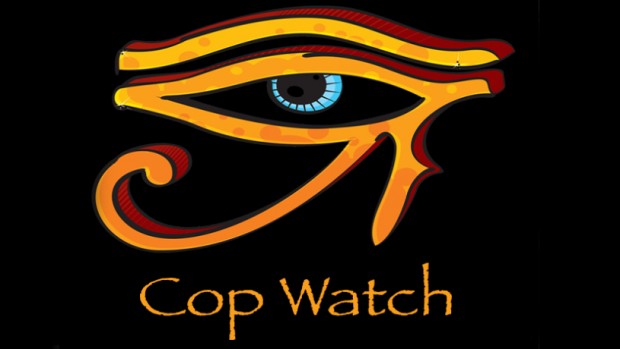 A new app aimed at keeping facts straight in incidents with police was making news on Tuesday.

He told Humber News that while he’s had the means to create the app for a long time, he wanted to wait until the use of film was commonly used in incidents with police.

“I have been very conscious of not accidentally putting people in harm’s way while taking video,” Baptiste said.

“The possibility that the action of people reaching for their iPhone in their pocket causes a cop to panic. The thought of that scares me.”

Baptiste said he was able to go ahead with the app after the community group Network for the Elimination of Police Violence trained people on safely filming the police.

The release of Cop Watch comes months after Toronto police officers faced severe scrutiny and made headlines across the country in July after the shooting death of teenager Sammy Yatim. The shooting was caught on video by an onlooker.

Cop Watch features a layout designed for easy use. When opened, the app has two main functions — capturing video, and uploading it to the web.

The app can be set to film instantly once it’s opened and to automatically begin uploading the video to the user’s personal Youtube account once recording is stopped. That prevents the video from being permanently destroyed, even if it’s deleted from the mobile device.

After the video is sent to YouTube, a message is sent to the Network for the Elimination of Police Violence, notifying them that an upload has happened.

Toronto Police spokesperson Mark Pugash said Tuesday he was aware of the app’s existence, and that its not the first of its kind.

“There’s been something very similar in New York City for the last year or so, so I’m not entirely surprised,” Pugash said.

“It fits in with the trend we’ve seen over the last number of years where technology has enabled people in a variety of areas of life to shoot and post events, images, etc.”

Pugash explained that the Toronto police have been trained for years on the use of technology used for their accountability.

“We’ve operated on the basis for some years now that [Toronto Police officers] are in a position where they’re liable to be recorded, filmed, photographed, pretty much in anything they do. We’ve had cameras in police stations and police cars for a number of years, so we understand these are all mechanisms for accountability.”

The police understand they are under greater public scrutiny than ever, but the evolution of technology has also helped them solve many crimes, Pugash said.

“We have been extremely effective in using security camera footage and images to solve crimes from homicides down to much less serious crimes,” he said.

“The same technology also helps the police to attract witnesses, to arrest suspects, to get information on crimes, and that’s a trend we’ve seen over the last easily 10 years or so,” he said.