Nationwide campaign launch to get kids off the couch 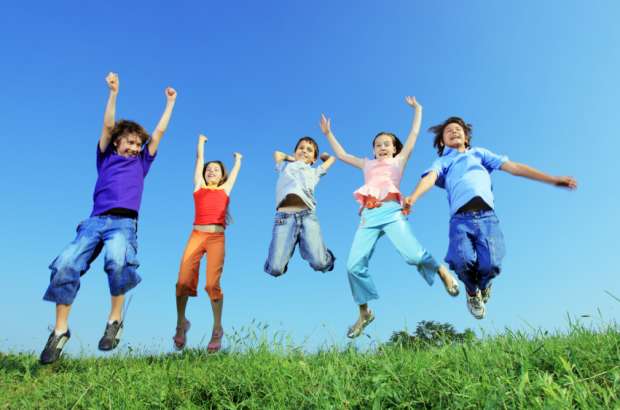 SOURCE LIGHTTRUTH. Sixty partners joined together to launch a nationwide campaign aimed at getting kids active for a minimum of an hour a day during school.

Sixty partners joined together to launch a nationwide campaign aimed at getting kids active for a minimum of an hour a day during school.

The Active at School initiative launched Monday in Toronto, and is attempting to urge the provincial government to integrate physical activity, before, during or after school, for one hour a day from kindergarten to grade 12.

“We are trying to get children more active with a combination of in-school and after school activities, an hour total,” Chris Jones, CEO of Physical and Health Education Canada told Humber News.

“And then the next three months are to get the plans in motion,” said Gibson.

Dr. Tom Warshawski, pediatrician and chair of the Childhood Obesity Foundation supports this initiative. “This is a step in the right direction, because every parent needs to know that this hour of exercise a day is a need and won’t take away from your child’s education – it’ll enhance it,” Warshawski told Humber News.

The numbers speak for themselves; according to Statistics Canada in 1978 only 15 per cent of children were overweight or obese. By 2007 they had found a whopping 29 per cent of adolescents are either obese or overweight.

“The numbers are a big challenge,” said Gibson. “The way things have changed in the past 20 years are all in the wrong direction. Inactivity is up, movement is down.”

According to the British Columbia Medical Journal, currently youth and children average close to 8 hours of screen time per day, while only 19 per cent of kids meet the 2 hour guideline that is recommended for kids aged 10 to 16 years old.

“We are seeing now that many generations have screen addictions, there are on screens for over 7 hours a day,” said Jones. “Kids aren’t going to parks, or taking walks, and there are a lot of reasons why.”

“Kids spend so much time at school, it’s a great place to start,” said Gibson.

“The government of Canada is committed to having a healthy nation,” Hon. Bal Gosal, Minister of State for Sport told Humber News.

“We need people to stay involved in physical activity and sports, and this is an important initiative.”

Some of the 60 partners involved in the initiative include Canadian Tire, Mark’s Work Warehouse, TSN, the NHL and CFL, and the Canadian Medical Association. The partners are doing everything from donating money, to combining their resources, to using marketing to keep the issue at the top of the provincial government’s to do list.