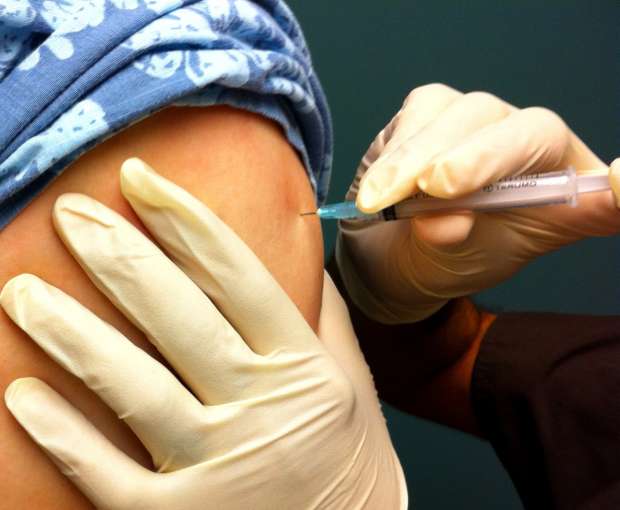 The Ontario government is urging health-care workers to get the flu shot.

In Canada, there is no law saying you must get the flu shot, but it does affect 10 to 20 per cent of Canadians every year.

King told the audience that she wants at least 90 per cent of Ontario’s health-care workers to get immunized.

“I do think it’s a great idea because where I work, we go from home to home so we could be in contact with eight or nine different people in one day,” she said. “For example, if one client is ill they can spread it onto us easily, and then it can get spread onto the next client we visit. Their health is compromised so they can be the start of a chain of illnesses.”

Prychitko gets the flu shot every year.

Right now in Ontario, about half of hospital staff and one-quarter of long-term care workers do not have the flu shot.

In October, a British Columbia labour arbitrator upheld a provincial policy requiring health care workers to either get vaccinated, or wear a facemask during flu season.

Public Health Ontario wants to follow in B.C.’s tracks and do the same.

Honour Mackenzie is a certified sonographer who takes sound images of the human body.

She told Humber News she can’t be both professional, and ill.

“As a health care provider, I cannot be a professional if I’m spreading an illness, so a flu shot is needed,” she said.

She also said it’s unfair if workers don’t get immunized because if they become ill, your coworkers must shoulder your load.

This does not only affect health care workers. Stephanie Malisani, a second-year early childhood education student at Guelph-Humber, told Humber News that during flu season she has to be extra cautious.

“I think it’s a great idea because especially being an ECE student and working at a day care twice a week, I will do anything to keep from getting the flu,” she said. “By being around kids twice a week, it’s risky especially right now during flu season.”

Humber College is offering the flu shot to all staff and students through November 14 to 16 at the Lakeshore campus (appointment only).

Humber’s North campus also offered the flu shot to staff and students, but ended on November 1.

The province-wide campaign is expected to end mid-December.