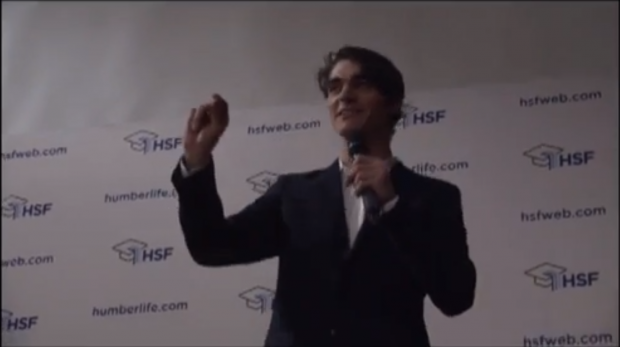 By Megan Rach and Melissa Deeder

RJ Mitte, who played the the son of Walter White on AMC’s hit show Breaking Bad, came to Humber for a Q&A followed by a meet and greet with fans.

Mitte, like his character of Flynn (a.k.a. Walt Jr.), suffers from a mild case of cerebral palsy. He spoke to students about the show, his career, and how his life has changed since Breaking Bad.