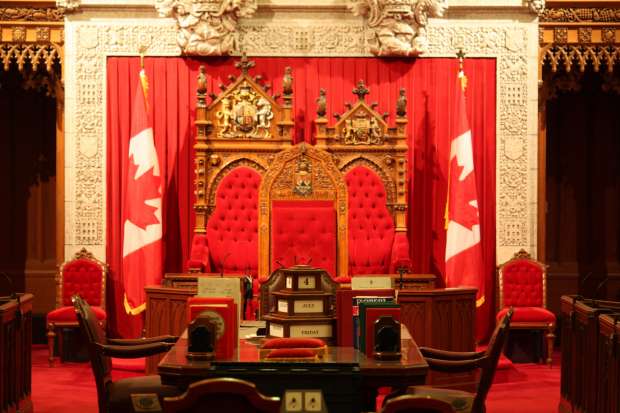 Parliament resumes tomorrow and starts with the throne speech by the Conservative government.

Tomorrow’s throne speech by the Conservative government opens a prorogued parliament, and is expected to address cornerstone Conservative issues, like jobs and rebuilding the economy. It is being called the opening run to the 2015 election.

It’s also being criticized for trying drawing attention away from the controversies within the Conservative Party that have come to light over the past year.

Glenn Thibeault, the New Democratic Party opposition critic for consumer protection, told Humber News the issues the Conservatives are supposed to bring forward are ones he’s seen them vote against for over five years.

“These are issues that are important to Canadians because they’re pocket-book issues,” Thibeault said.

“These are ten, twenty, hundred dollar issues, and they happen over and over. The government has never acted on any of this before…It’s interesting now that they have these scandals in front of them they’re saying… let’s act on these consumer issues.”

Some of these issues include creating an airline passenger bill of rights, increasing wireless sector competition and pulling left-leaners in by approaching social and consumer issues with a leftis slant.

Thibeault said that although these issues sound great on the surface, they need to be thought about more carefully.

“They’re doing a lot of talk,” he said. “It may sound great at the offset but we need to look at how this is going to be…implemented. If it’s actually going to cost more, do we even want to move forward with this?”

“What they’re trying to do is trying to deflect scandals… and change the channel.”

Liberal leader Justin Trudeau took on the Conservative Party’s agenda in a video posted on Liberal.ca.

“People feel let down,” Trudeau said in the video, “and are yearning for something better than they are getting.”

“You asked for open and honest government, and instead are getting secrecy, distrust and scandal,” he said. “You wanted to focus on your families, on jobs and security; instead you’re getting partisan games and gimmicks.”

The Conservative Party also released a video in preparation for tomorrow’s speech.

The video says the speech tomorrow will “lay out [the] new blueprint for achieving prosperity and security in these uncertain economic times.”

It said that for the Conservatives to continue “building a stronger, freer Canada [they] need to build on the Canadian advantage, to build jobs and opportunities for Canadians, support and protect Canadian families, and put Canada first at home and abroad. “

Nelson Wiseman is an associate professor of political science at the University of Toronto.

He told Humber News the things that the Conservatives address come as no surprise.

“They’re going to bring is the airline passengers bill of rights,” Wiseman said. “Even though they’ve been voting against it in the House. They’re not going to vote on credit card fees, which isn’t surprising. They haven’t been successful in creating a lot of competition in the wireless market, but it might still happen.”

Thibeault said no matter what the Conservatives bring forward to try and cloud the scandal, they can’t fool the public.

“What they can’t do is run away from Canadians,” he said.