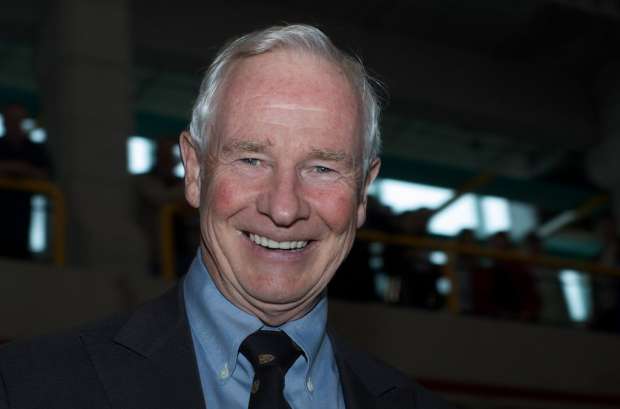 Consumer concerns were the speech’s major focus on Wednesday, but in addition, here are some of the other big topics.

Canada’s unemployment rate has dropped to just under seven per cent, but the Conservative government of Prime Minister Stephen Harper says it wants the statistic even lower.

“Canada now has the best job creation record in the G7,” Johnston said.

“One million net new jobs since the depths of the recession. But our Government is not stopping here.”

Unemployment is down 0.2 points for September to 6.9 per cent, according to Statistics Canada, but it is still unclear how the government will continue to lower unemployment, as some of the initiatives Johnston mentioned already exist.

He said the federal government will be implementing the Canada Job Grant to assist in new job creation, but the initiative has been in place since March’s federal budget.

Provincial governments have been vocal about their concerns about the grant since it was first announced.

The federal government is also planning to make it easier for skilled workers to move across the country, Johnston said.

“In a dynamic economy, workers must be able to use their skills, wherever in Canada they choose to work. Our Government will work with provinces and territories to improve credential recognition and enable the free movement of skilled workers.”

Ontario’s current youth unemployment rate is the highest in Canada, fluctuating between 16 to 17.1 per cent, according to a report by the Canadian Centre for Policy Alternatives.

While Johnston emphasized the importance of Canada’s natural resources, he also touched on a coming trade agreement with the European Union, in negotiation Thursday.

“The Government will soon complete negotiations on a comprehensive economic and trade agreement with the European Union,” Johnston said.

“This agreement has the potential to create 80,000 new jobs.”

The Comprehensive Economic and Trade Agreement has garnered criticism from many corners.

Prime Minister Stephen Harper is currently in Brussels solidifying the agreement, which will change import requirements for cheese – something Canadian dairy farmers say will affect their livelihood.

Dairy Farmers of Canada said they are “angered and disappointed with this news as the reality is that Canada would lose its small, artisan and local cheese makers,” in a statement Wednesday.

“Dairy Farmers of Canada is angered and disappointed with this news as the reality is that Canada would lose its small, artisan and local cheese makers.”

“This deal would displace our local products with subsidized cheeses from [the] EU and risk our small businesses being shut down or put out of business. This is unacceptable,” the release said.

The agreement will allow almost 50 per cent more European cheese on the Canadian market annually.

The free-trade agreement will change the flow of meat and cheese between the two regions – Canadians can expect more European cheese on grocery store shelves, while the EU will have easier access to Canadian beef and pork.

Both the Ontario Dairy Farmers and the Beef Farmers of Ontario told Humber News they are unwilling to comment until the agreement is finalized.

Johnston said the government will “re-establish Canada as a country where those who break the law are punished for their actions … where the rights of victims come before the rights of criminals,” in the coming term.

Johnston focused on the rights of women and children, as well as police officers and their service animals.

The government has introduced legislation providing police and prosecutors with the “tools to effectively address cyberbullying.” This comes after the shocking deaths of teens Amanda Todd in B.C., Rehtaeh Parsons in Nova Scotia, and most recently Todd Loik in Saskatchewan, Johnston said.

He did not go into detail about the specifics of the tools or their potential use.

The eradication of cyberbullying isn’t the only way the Canadian government plans to protect children, as there will also be changes to sex offender sentencing, including harsher punishments.

“Child predators should never be let off with only a single sentence for multiple crimes against children,” he said.

“Canadians demand that those who prey on our children pay the full price for every devastated life.”

“Canadians demand that those who prey on our children pay the full price for every devastated life.”

According to Section 153 of the Criminal Code, the current penalty for sexual exploitation of a minor is as little as 14 days to a maximum of ten years.

And life sentences will also be extended, Johnston said.

“It is also unacceptable that dangerous and violent offenders are released into our communities before serving their full sentences.”

“Canadians do not understand why the most dangerous criminals would ever be released from prison,” he said.

He also touched on renewed efforts to address the problem of missing and murdered Aboriginal women, as they are “disproportionately the victims of violent crime.”

Prostitution is legal in Canada, but laws penalize sex workers.

Deemed a threat to public decency and safety to women and communities by Parliament, sexual service establishments, pimping and soliciting are all illegal.

This makes prostitution difficult to engage in without breaking a law, according to the Department of Justice.

Maggie’s, a Toronto-based organization that supports sex workers, calls it a legitimate practice.

“Sex work is real work. We are not criminals, deviants or victims. We are working people and we demand to be recognized as such,” the organization said on its website.

Finally, Quanto’s Law will take effect, named after a police service dog, stabbed during an arrest in Edmonton.