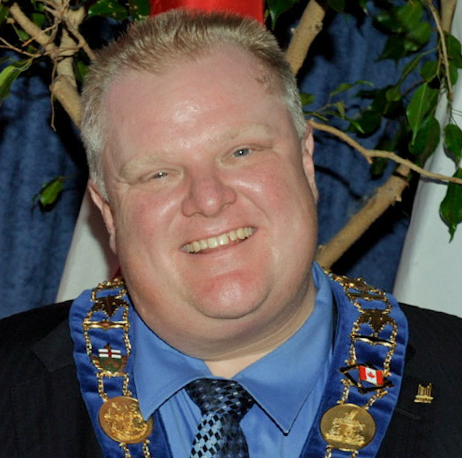 Mayor Rob Ford is in Texas holding meetings with officials of the Austin-Toronto Music City Alliance, but some critics at home are wondering what will come of it.

“Austin has shown the world how music can be a strong economic driver for a city’s entertainment and tourist industries,” Ford said in a Sept. 27 press release.

“Toronto already has one of the largest music sectors in North America, but it can be bigger and better. We have the talent and we have the potential. This trade mission will help us translate that talent and potential into economic development and jobs.”

The Toronto delegation in Austin includes four city councillors and a number of music industry representatives, among them the owner of Toronto’s Horseshoe Tavern and Lee’s Palace, executives from Music Canada, Roy Thomson Hall and Massey Hall, and Michael Hollett, president and co-founder of NXNE.

Ivor Tossell, columnist and author of The Gift of Ford: How Toronto’s Unlikeliest Man Became its Most Notorious Mayor, told Humber News this could be the start of a kinder, gentler version of the mayor.

“I’ll give Ford this,” Tossell said, “he seems to have softened on the arts over the years.”

Shane Gerard, senior coordinator of promotions and communications at City Hall, told Humber News the mayor will be signing a formal agreement with Austin city officials Thursday evening, solidifying the cultural and business alliance between the two cities.

“There’s been a lot of exploration in city hall to more closely collaborate with Toronto’s music industry,” said Gerard, “all of those people are there to learn as well – they’re absorbing the environment, networking and making contacts.”

Rob Ford, Coun. Doug Ford and industry representatives included in the delegation are paying their own way on the trip, according to the city hall press release.

Tossell said this may be indicative of future problems with financial follow-through.

“It takes money – that’s one of the things Rob Ford doesn’t like to spend.”

The alliance was established in July, part of Ford’s efforts to increase the profile and revenue of Toronto’s arts and tourism industries.

Austin, which is home to the famous Austin City Limits and South by Southwest music festivals, has a music industry that generated almost $856 million in 2010.

Toronto’s North by Northeast festival, which will celebrate its 19th year in 2014, generates approximately $50 million annually for the city.