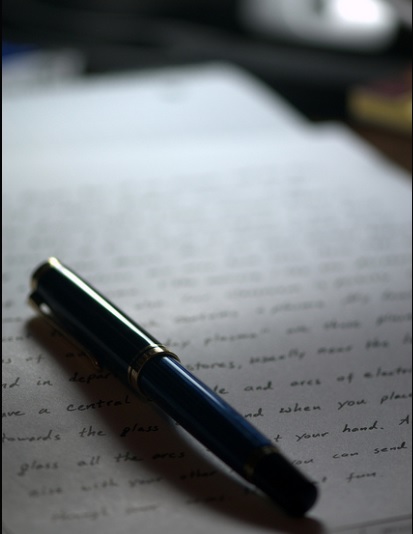 The Humber Literary Review is a new publication created by Humber’s own English department. It is a collaborative effort between writers, critics and academics.

Featuring submissions in categories such as poetry, fiction, and reviews, the publication is open to everyone from seasoned writers to students.

Dana Hansen, English Department coordinator and reviews editors for the Humber Literary Review, maintains it’s a great way for new writers to get their name out, while established writers have the opportunity to have a conversation with their readers.

“We’re hoping to create a general readership journal, with submissions from more established writers, some newer writers, some people who are just getting their feet wet – across the country,” said Hansen. “We’re not limiting it to Humber, to Toronto…anyone who wants to submit nationally, maybe even beyond that. It’s a place for people to share their work.”

The magazine is a department initiative led by Associate Dean Vera Beletzan, with the editorial board made up of English faculty. Hansen said it’s a passion for literature that drives the project.

“We have a love, a passion for writing, for literature, and I think it’s a passion project for the group of us who are involved with the journal,” said Hansen. “It’s really just an opportunity to have something that both represents the department but also is something we can really enjoy as fanatical readers and writers ourselves.”

Wendy Phillips, English professor at Humber College told Humber News that while there is an air of excitement behind the magazine, most of the staff are producing it on top of their full time teaching schedules.

“Because teachers are doing this while they’re teaching, and often they have four of five classes, so just getting people to come together for meetings and stuff,” said Phillips. “Everybody’s willing but it’s really a lot of work.”

Currently in the process of getting Humber Press’ involvement, Phillips said the magazine will start with the production of two issues a year with the possibility of expanding to three.

The project is still in it’s early stages, but a lot of work has already gone into making it a success.

“One thing we did work on a lot was the web design,” Phillips said. “We have a wonderful web designer, [Kilby Smith-McGregor] and we had to decide what we wanted the logo to look like, so if people go on the website they can see that the little design actually took us quite a few months to come up with.”

The Humber Literary Review is currently accepting submissions from all writers, with their first issue available in May 2014 – a timeline Hansen said is needed to incorporate all the pieces of the magazine.

“[There are] lots of components to putting together a magazine like this,” said Hansen. “Our intention is to have an online magazine and a print magazine. We’re kind of covering both fronts, and there are a lot of pieces to the puzzle. We have some people on the board who have lots of expertise, they’ve done this before elsewhere, but we also have quite a few of us who are brand new. We’re learning.”

Submissions are being accepted now through Dec. 1st, 2013, and everyone is urged to make contributions. Contact information for editorial staff can be found on the Humber Literary Review website.

“We want this, in many ways, to be something that represents the school, but we’re putting it out to the public,” said Phillips. “It is something that is produced by a lot of creative and interesting people.”