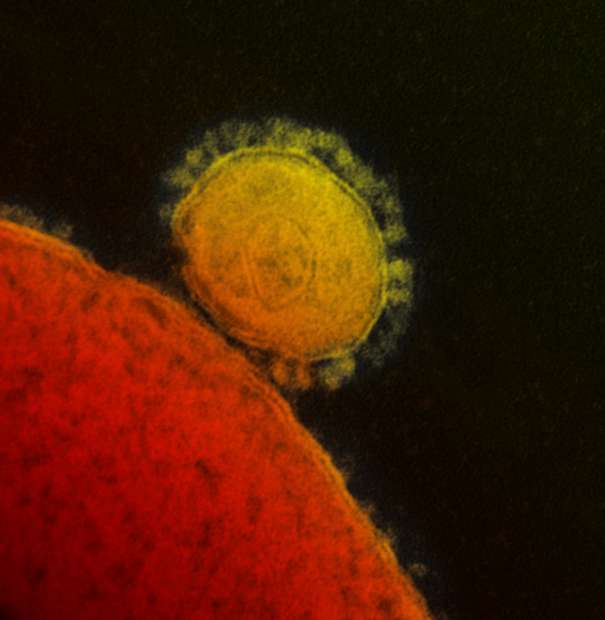 Courtesy of the National Institute of Allergy and Infectious Disease

Public Health Canada has issued an alert for the Middle East Respiratory Syndrome coronavirus [MERS-CoV] as millions of Muslims make their way to Mecca this month for the annual Hajj pilgrimage.

“The Agency announced a health concern,” Stephane Shank, spokesperson for the Public Health Agency of Canada, told Humber News. “Due to the nature of this event, there is an increase of infectious disease.”

Coronavirus is a common virus that can often cause cold-like symptoms.

“There are multiple different streams of coronaviruses. They are the cause of the common cold but some can cause more severe illness. It can also lead to other illnesses with flu-like symptoms,” said Shank.

According to the Public Health Agency of Canada, MERS-CoV is a new type of coronavirus that was found in humans in 2012.

On their website, Public Health said this new coronavirus “had not been seen in humans before.”

“This is one of the difficulties on the subject of MERS, a lot of information remains unknown,” said Shank. “Prevalence rates are not very high. The information is very limited, but it’s definitely known to have flu-like symptoms. It’s a respiratory illness.”

Other symptoms include cough, fever, shortness of breath, difficulty breathing and pneumonia-like symptoms.

The Hajj festival is an annual pilgrimage taken by 3 to 4 million Muslims around the world, Taha Ghayyur of the Understanding Islam Academy in Mississauga, told Humber News.  Although MERS is rare, those attending Hajj should be aware of the risks.

“It is a cause of concern simply because when you go you are exposed to potential germs and disease and health hazards,” said Ghayyur. “It’s nothing too alarming, but you need to be careful and it goes for any sort of traveling that you do.”

According to the Public Health Agency of Canada, MERS has been recognized in eight countries since April 2012. Those countries include Saudi Arabia, Qatar, Jordan, the United Arab Emirates, Tunisia, Italy, France and the UK.  Public Health Canada also states traveling to the Middle East is linked to the first MERS cases in Italy, France, the UK and Tunisia. There are no known cases in MERS in Canada and it is not considered easily transmitted between people.