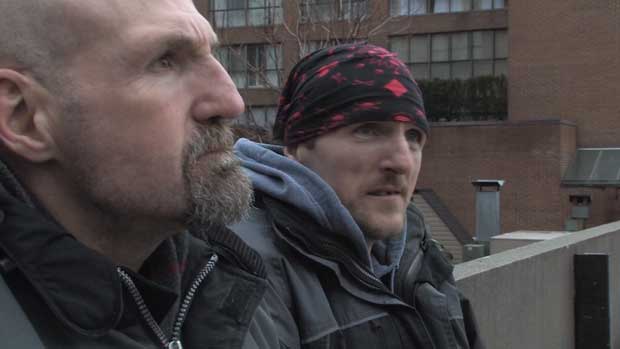 Needles in prison are a controversial issue that has many people talking.

Prison Health Now, a campaign involving a community of AIDS prevention and harm reduction groups, is pushing for the introduction of needle and syringe programs into Canadian prisons.

The campaign argues if there is sterile injection equipment available in Canada’s prisons, inmates could see an increase in their health and quality of life, which could then result in healthier communities upon their release.

Sandra Ka Hon Chu, a policy analyst with the Canadian HIV/AIDS Legal Network, said accessibility to sterile injection equipment for prisoners is not permitted because the Canadian government still embraces a war-on-drugs mentality.

“Because they are working on this war-on-drugs notion and they perceived the notion of anything to do with harm reduction as promoting drugs — they’re against it purely on the basis of ideology,” she said.

Seth Clarke, the Federal community development Coordinator at PASAN, a grassroots organization formed to respond to HIV/AIDS in the Canadian prison system, said the number of prisoners affected with diseases is extraordinary.

“The numbers we’re talking about here is – there are fifteen thousand prisoners in the federal prison system and some around five thousand of those people are Hepatitis C positive,” he said.

“If there was a town somewhere in Canada of fifteen thousand people where one in three people where positive to Hepatitis C, it would be considered a public health emergency.”

Chu said the issue of implementing sterile injection equipment in Canadian federal prisons is a community and public health issue.

“I think we often have deep misconceptions that we can forget people in prison – they’re locked up for good,” she said.

Health is a human right

Clarke said people in prisons should be given the same rights as anyone else.

“Health services for prisoners should be equal to those which exist in the broader society – it’s a person’s right to security,” he said.

As of 2012, prison needle and syringe programs have been introduced in over 60 prisons in countries including Switzerland and Iran.

Chu said there has not been an increase in drug use or injection drug use in any of the prisons where syringe programs are in place.

“When you have a program that shows prisoners you care about their health, it’s easier to foster relationships with trust,” she said.

Chu added, “When people in prison, many who are struggling with addiction have that relationship with trust, they’re more likely to say if they want treatment, if they need treatment, if they’re ready for treatment — and talk about it openly, frankly and honestly and get the treatment they need.”