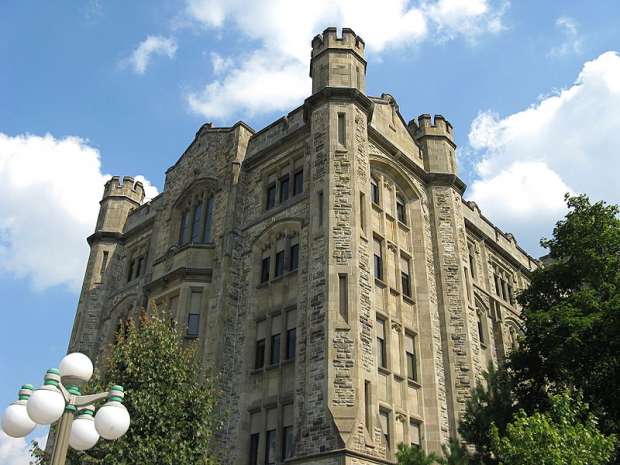 A letter on crowdsourcing was publicly released from the Canada Revenue Agency, which is headquartered in Ottawa, Ontario.
(Photo credit: Jcart1534, Wikimedia Commons)

Money received through crowdfunding campaigns on websites such as Kickstarter and Indiegogo is taxable income, said the Canada Revenue Agency.

Crowdfunding websites are often used to fund creative projects such as music, documentaries and art while also offering gift incentives for people willing to give more money.

“In our view, amounts received by a taxpayer from crowdfunding activities would generally be included in income pursuant to subsection 9(1) of the Act as income from carrying on a business,” said the CRA in an Aug. 13 letter just made public.

Before the letter was made public, Canada’s stance on crowdfunding and taxation seemed similar to that of the United States, where laws are quite ambiguous.

“It seems really progressive of the Canadian government to do that,” said Sara Hebert of Moonbot Studios, a Louisiana-based animation studio who has used Kickstarter.

The U.S. Government has yet to comment on crowdfunding and taxation, which made researching for the project difficult, Herbert told Humber News Friday.

“We really had a lot of confusion. It took us months to figure out what were all of the paramaters we needed. The laws here are pretty ambiguous.”

This doesn’t mean the CRA’s has finished the crowdfunding conversation.

“One thing I’m still unclear of is what are the tax implications for out-of-country backers,” said Stopher Christensen of Oakville, who currently has a Kickstarter campaign for a modern quill and ink well.

“[Accountants] mainly just raised their eyebrows and didn’t quite understand the business model. They said if you really boil it down, if you bring money in, it is taxable. But if you do have money going out, you can also offset your tax liability.”

Gifts tax deductible
People seeking crowdfunding who offer gifts or incentives can make the items tax-deductible, said the CRA in its statement.

“It is our view that the cost to a business to provide donor gifts (ex. cost of T-shirts) and fees paid to undertake crowdfunding activities may be deductible if the requirements of the Act are otherwise met.”

The key to crowdfunding is to go into a campaign having done extensive research into all possible costs and then factoring them into the financial target, said Herbert.

“I think it would be easy to underestimate the costs of things like taxes, shipping and the fulfillment of all of those rewards, on top of making sure there is enough profit so you can actually make sure the project is successful.”