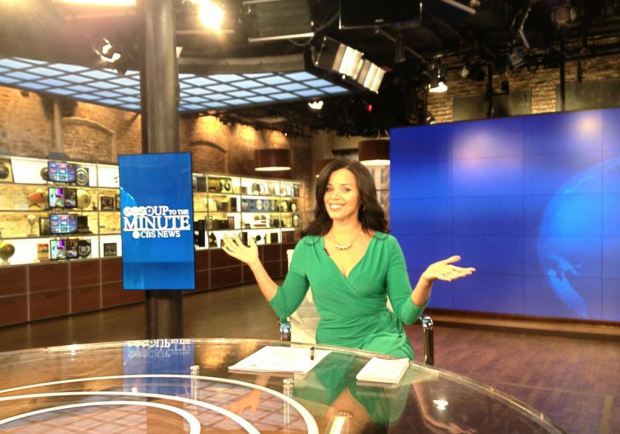 Green is a native of Toronto and Humber College post-graduate journalism alum.

Since January 2013, Green has anchored CBS’s Up to the Minute and CBS Morning News.

She sat down with Humber News to talk about her experiences in the journalism field.
“Journalism is something that’s very challenging to teach in a classroom,” Green says.

Green graduated from Humber in the late 90’s and began her career as a reporter at CKVR-TV in Barrie and Rogers Cable News before heading to CITY-TV from 2001 to 2004.

Green was scouted by an agent while working at CITY-TV – an opportunity she could not pass up. She packed up and moved to Philadelphia where she began as a general assignment reporter at CBS3. Over the past eight years she has covered several local and national stories.

Green said one of the most difficult stories she covered was one in which a young child drowned. Although she says she has covered many tragic stories, this one had the biggest impact.

Green currently lives in Philadelphia with her husband and two-year-old daughter.

At 7 p.m. every evening she catches a train from Philadelphia into New York City, a journey that takes her an hour and a half. She says although she is rarely able to tuck in her little one at night, she knows it’s not going to be forever and it’s for a job she loves doing.

Green has struggled to make it to where she is today but she told Humber News that the program at Humber prepared her for things to come, both in what it taught and didn’t. She says she realized she had so much to learn on her own out in the field.

Green visited the journalism program’s newsroom with program coordinator Carey French. Aspiring journalists were able to ask her questions there about her work in the field.

“I think its great when the school (Humber) brings in students who are successful in the field … it’s nice to know there is hope for us,” says Kateryna Barnes, post-graduate journalism student.

Green won a Doris Haire Award in 2007 for her reporting on the growing concern over the high number of C-sections being performed in New Jersey and a Mid-Atlantic Emmy Award in 2011 for coverage of a fatal boat crash in the Schuylkill River.

On Nov. 27th, a panel of recent journalism grads will be speaking to Humber students about their success after graduating from the program and what students need to know in order to get the job they want.