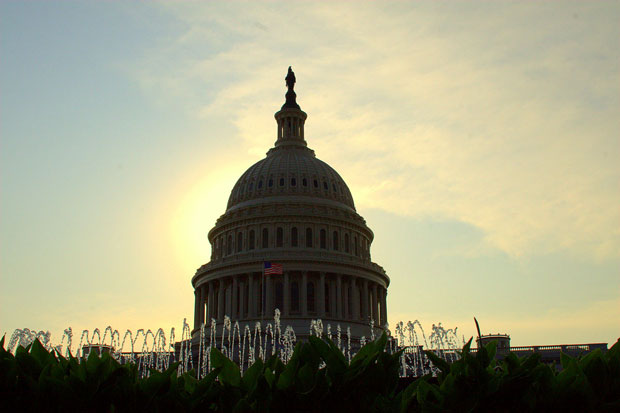 Over 800,000 federal workers were asked not to come to work today. SOURCE NASH LONG

The U.S. government has shut down for the first time in 17 years.

The Federal government officially closed it’s doors and slashed many of it’s services after Republicans and Democrats in both Houses of Congress failed to reach a budget settlement by midnight on Oct. 1.

All non-essential federal services were cut back.  Tourist sites and national parks were closed altogether.

The shutdown is a result of a power struggle between the two parties in the house, Dr. Stephen Brooks, University of Windsor professor and co-author of Understanding American Politics said to Humber News.

“This latest stand-off is in large part about a struggle…to make an issue of government spending and the regular increases in the federal debt,” said Brooks.

The impasse came about as a result of President Obama’s healthcare plan, known as Obamacare.  Republicans heavily against Obamacare refused to vote in favour of a budget increase unless the plan was postponed.

While the full effect of the shutdown will come to fruition in the coming days, Canadians are weighing in on how the cutbacks will affect them.

In a statement to Humber News, Finance Minister Jim Flaherty responded the economic affects of the shutdown on Canada.

It is my hope that Congress and the White House will come to an agreement as soon as possible so that uncertainty in global markets can be calmed and the US fiscal position can be placed on a sustainable path,” Flaherty said.

This is a reminder that while Canada’s economy remains strong, we are still vulnerable to uncertainties outside of our borders, especially in the US and Europe. Global uncertainty reminds us how important it is to maintain that focus.  We will continue to monitor all global economic situations carefully.

According to U.S. Customs and Border Protection, the Canada-U.S. border is still open, but their security offices are closed.

Border security issued a phone message  saying their offices are temporarily closed due to the government shutdown and services will be limited at this time.

“Think how important the U.S. government is on the world economy.  If they are perceived by the rest of the world as not being dependable, that they don’t always pay its debts, then those countries who invest in the U.S. are going to think twice,” Newman said. The whole world economy could be thrown into a tailspin.”

The time frame for the shutdown is not known.  In a new conference held at the White House today, President Barack Obama pled with his Republican counterparts to end it as soon as possible.

“I urge House Republicans to reopen the government, restart the services Americans depend on.”