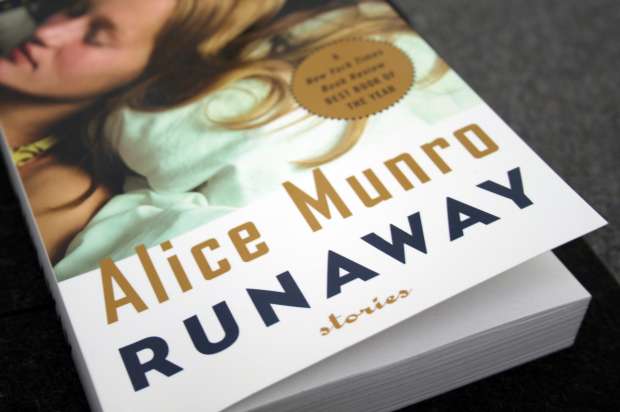 Canadian short story writer Alice Munro has been awarded the 2013 Nobel Prize in Literature and hailed as a “master of the contemporary short story.”

But the writer told CBCNews on Thursday she forgot she had been nominated. The entire selection process takes place behind closed doors.

“I am amazed, and very grateful,” Munro said in a press release Thursday from publisher Penguin Random House Canada.

“I’m particularly glad that winning this award will please so many Canadians. I’m happy, too, that this will bring more attention to Canadian writing,” she said.

The Nobel committee labelled her a “master of the contemporary short story.” She is the first Canadian to win the prize, and out of 110 past winners, one of only 13 women.

The Nobel Prize in Literature has been awarded since 1901.

Munro’s work has appeared in The New Yorker, The Paris Review and The Atlantic.

Born in Wingham, Ont., Munro still lives nearby in Clinton, Ont. The county hosts an annual Alice Munro Festival, which includes tours of the locations in her stories, writing competitions and workshops.

Karen Stewart, chair of the festival’s steering committee, was thrilled by the news.

“It’s marvelous. She so deserves this,” Steward told Humber News on Thursday. “The world has finally discovered what we have known about her and her body of work for some time.”

Stewart said that while Munro’s stories are set in southwestern Ontario, she sees why Munro’s writing has international appeal.

“It’s universal and identifiable. Her characters are complicated and yet relatable,” she said. “We feel when we are reading the story that we either know the person, or are the person.”

Dana Hansen, an English professor at Humber College’s North campus, said it is Munro’s “beautiful simplicity” that makes the author so compelling.

“The thing that makes her writing so accessible and unique is that it is just about the ordinary lives of everyday Canadians,” Hansen told Humber TV’s Faiza Amin.

“She really puts Canada on the international stage.”

Munro has been awarded the Governor General’s Award for Fiction a record three times, 1990’s Trillium Book Award, and won the prestigious Man Booker International Prize in 2009 for her body of work.