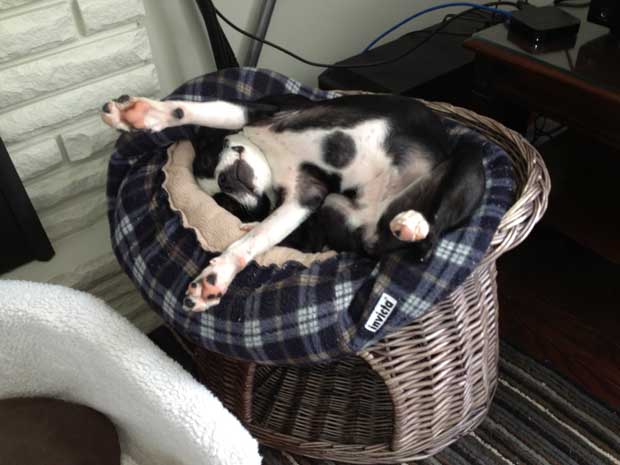 Toronto ranks 19th of 20 cities for most pampered pets.

Amazon.ca released new statistics on Thursday ranking Toronto as  19 of the top 20 cities in Canada that pamper their pets the most.

The co-owner of Timmie Dog Outfitters, a popular dog boutique on Queen Street West, said he was surprised at Toronto’s low ranking because he sees a lot of people spoiling their pets.

“It’s not uncommon to see owners with dogs in the strollers or even dressed up,” says Georges Khayat, the co-owner.

“They’ll just walk down the street with a dog in a bumblebee costume for example. They’re just having fun, right? Not sure how the dog feels about it though.”

Maddison Hackett and her family own two Boston Terriers in Toronto. She told Humber News that Otis and Lucy eat premium canine food, have matching snowsuits, and can choose where to snooze among seven different beds. They even get totted around in a doggie bag, she said.

“My mom brings them everywhere it’s legal to bring dogs, dressed up in their outfits,” says Hackett. “She takes them on the boat and they all have to wear life jackets.”

Hackett said her dogs also have Spiderman costumes and Harley Davidson hats in addition to other outfits.

The numbers in the report were determined by gathering all sales data from the Amazon’s pet division since the launch in March 2013, gauging sales on a per capita basis, the company said in a press release.

Interestingly, two cities in Saskatchewan ranked top three: Regina as number one, Vancouver running in second, and Saskatoon as third, according to the report. Surrey, B.C found itself in last place.