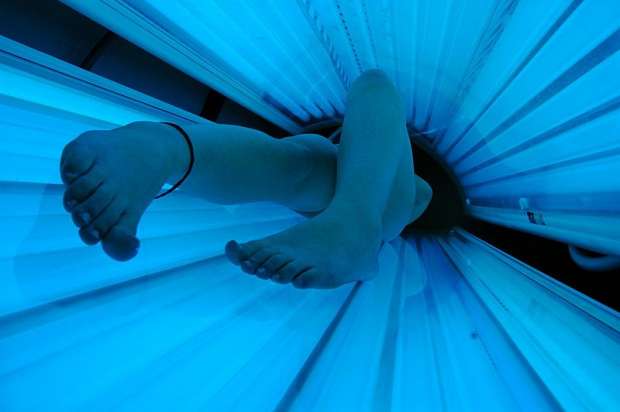 Tanning bed age could possibly be pushed to 30 in Ontario. Courtesy of Wikimedia Commons.

An Ontario government committee meeting has heard a proposal about pushing the ban of tanning beds to the age of 30 rather than 18.

“We support the ban for people under the age of 18,” said spokesperson Florentina Stancu-Soare, senior coordinator of public issues for The Canadian Cancer Society.

Stancu-Soare told Humber News, the research is there to support the age being pushed to 30.

Research proves that before the age of 35, the risk for people getting melanoma is much higher, she said.

Stancu-Soare said that they would be supportive of the age ban being pushed to 30 to minimize risk.

However, “We are hoping it will pass at least with the under 18 ban,” she said.

“The younger you start the more damage it causes to your skin,” said Stancu-Soare.

Anytime an issue like this can have some sort of positive impact, even if it’s pushed to the age of 30 is still a good thing, said Stancu-Soare.

Age limit not likely to pass 30

On the other side of the spectrum Steven Gilroy, executive director for the Joint Canadian Tanning Association said he doesn’t ever see the age limit being pushed to 30.

“Nothing has ever gone to that age,” said Gilroy.

Gilroy said in a transcript received from the Legislative Assembly of Ontario, banning people under the age of 18 would not affect the tanning salon business.

He said only two to five percent of their gross sales per year are from clients under the age of 18.

Gilroy told Humber News, sales would definitely be affected if the ban was pushed to 30, but he doesn’t see that happening.

But when former premier Dalton McGuinty announced his resignation last fall all the bills on the docket were shut down.

Other provinces in Canada and salons have already implemented the under 18 ban.

“A lot of salons are already not allowing people under 18 to tan,” said Leah Lucarelli previous employee of Body Bonze in Brampton.

“That’s kind of excessive, if you’re able to vote and smoke you should be able to tan,” said Lucarelli.