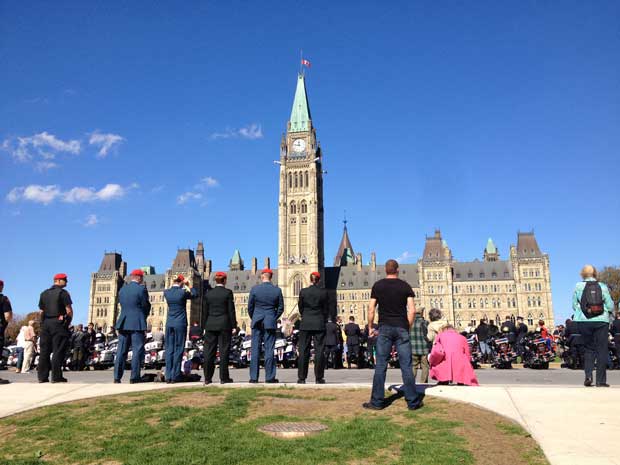 Police officers from across Canada gathered on Parliament Hill in Ottawa on Sept. 29 to honour eleven officers who died in the line of duty in the last 14 months.

The Canadian Police and Peace Officer’s Memorial’s website says it was set up to give Canadians the opportunity to formally express their gratitude for the fallen officers who gave their lives to keep communities safe.

Since 1998, the federal government has declared the last Sunday of every September Police and Peace Officer’s National Memorial Day.

The police and peace officers honoured at this year’s ceremony were:

The memorial also honoured Canada customs officer Frederick Harris, Special Constable Indian Peter, and John Rutledge, an Ontario prison guard. They died in past years but had not been formally honoured.