John Paul II to be elevated to sainthood 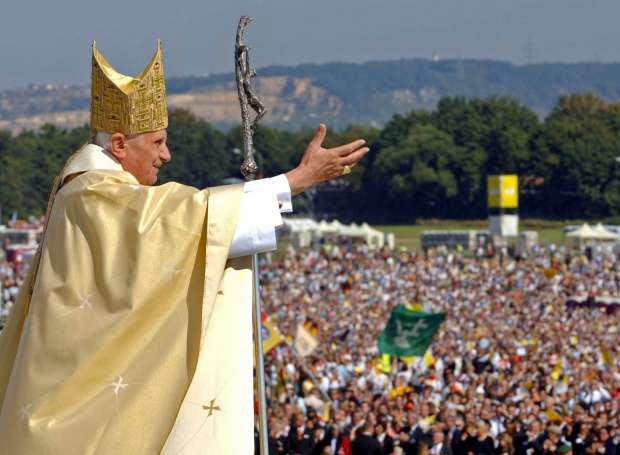 According to the state-journal.com, Pope Francis said he would canonize two of the 20th century’s most influential popes together last July, and officially announced the date Monday during a meeting with Cardinals at the Apostolic Palace.

Pope John XXIII, began the Vatican II revolution in the 1960’s, and John Paul II, led the church for 26 years before his death in 2005.

Benedict XVI, who succeeded John Paul II, said decisions such as these take centuries to authorize and that his holy title of “saint,” would be one of the fastest in history.

Many Catholics still argue that John Paul’s turning a blind eye to sex abuse allegations against priests should dismiss his push to become a saint.

Marion Kelly, of the Toronto survivor’s network for those abused by priests told Humber News, she absolutely disagrees with Pope John Paul II being granted the title of a saint.

“I think all church employees need to see that ignoring or hiding child sex crimes leads to consequences. He apologized and took no action at all to help make kids safer and failed to protect the most innocent members of his faith.”

Others insist Francis’s decision to canonize John XXIII was also rushed, owing to his only having been recognized for one miracle since his death in 1963.

“It is important to remember that when the Church elevates an individual to sainthood, it is not saying to the world that this person is perfect,” says Marlena Loughheed, a spokesperson at Toronto’s Archdiocese.

“The saints are models for us to reflect on the ups and downs of our lives, our joys and struggles. The same is true for Pope John Paul II and Pope John XXIII,” she said.

“Many will remember that World Youth Day 2002 in Toronto was one of the first occasions in Church history that a Pope publicly apologized for sex abuse that had taken place by members of the Catholic clergy. Pope John Paul II’s pontificate demanded the Church to confront what was clearly poorly developed procedures for dealing with allegations of abuse.”