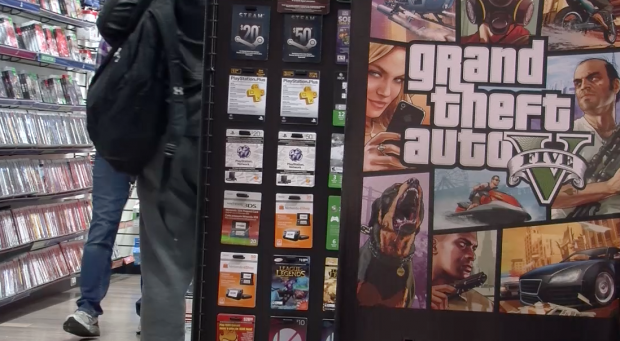 By Kate Paddison and Julienne Bay

Last night by midnight throngs of gamers were waiting anxiously for the release of Grant Theft Auto 5 outside of EB Games in the Eaton Centre.

Many gamers visited EB Games during the day to preorder and avoid some of the lines.

As soon as the doors opened at midnight the gamers rushed in to get their hands on a copy.

This game is the latest release in the controversial billion-dollar video game franchise by Rockstar Games.

Kate Paddison has the details.