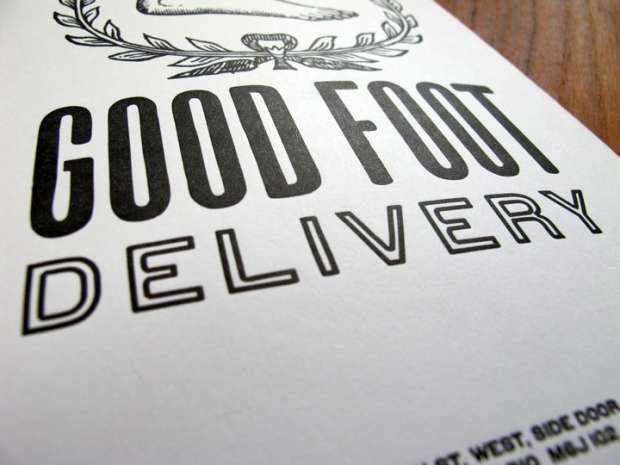 The not-for-profit organization Good Foot kicked off a new campaign to raise awareness about their work employing people with developmental disabilities in a courier service for small businesses and residents in Toronto and the GTA.

The campaign, called Oktober Foot, is aimed at getting corporate sponsors and 100 new customers by 2014.

It is also aimed at turning five volunteers into paid employees, and adding up to ten more volunteers on top of that.

Good Foot couriers will be handing out posters and doing street campaigns in Toronto to spread the word on their spare time, Greg Kasparian, managing director of Good Foot told Humber News on Monday.

Good Foot was created in 2010 by siblings Jon and Kirsten Gauthier, Kasparian said.

The idea came about as both were thinking about stability for Jon, who has a developmental disability. Kasparian said the Gauthier family realized Jon could do some courier work and that there was potential for others.

“It’s good because it gives people a chance to be a part of something. A person can get out and be active, it’s good for your mental health.” said Jon Gauthier.

“There are opportunities for employment and to be amongst people,” he told Humber News.

New couriers use an employment manual and shadow an experienced courier to learn the ropes. They learn customer service skills and how to use technology such as the phones and dispatch, Kasparian said.

Existing customers are loyal and there is a lot of positive feedback from the community because the organization has a unique workforce with specific needs, he said .

“People seem to really love what we’re doing and every time I mention it to someone that we hire people with disabilities their reaction is ‘that’s really awesome,’ ” said Gauthier.

“We get a lot of feedback from parents and families. Their loved ones are more talkative…they are establishing social connections, meeting new people and friends,” said Kasparian.

“It’s hard when you’re unemployed so there is some meaning where there might not have been in terms of employment. It gives them confidence and overall happiness,” he said.