Blackberry’s slide to the bottom continues 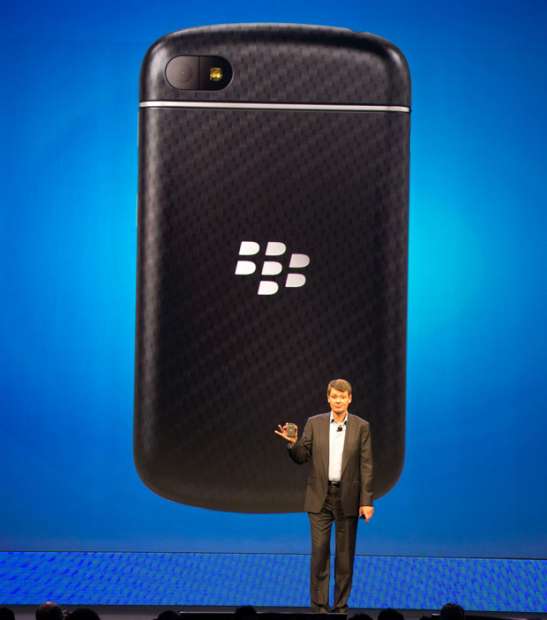 Another nail in the coffin for Blackberry was confirmed in Friday’s quarterly earnings report.

The company announced second-quarter losses of $965 million, primarily from write-downs to its smartphone inventory. This continues a streak of operation losses. The company saw a drop of $84 million in the previous quarter.

Blackberry’s smartphone hardware, including the new Z10 and Q10, account for nearly half of the company’s revenue. Soft sales figures contributed to a 45 per cent drop in revenue compared to the same fiscal quarter in 2013.

On Monday, Blackberry entered into a Letter of Intent with Fairfax Financial Holdings who offered $9 U.S per share. Stock prices jumped to $9.50 on Monday, but have slumped since then, hovering around the eight dollar mark.

Some analysts expect the price to rise, as other courtiers of Blackberry surface. In an analysis report on Monday, Scotiabank predicts a 75 per cent chance there would be an offering of $13.20 per share.

With the heavy losses and buyout option, Blackberry seems to be following the path of Nokia and Motorola. Both companies were pioneers in the field, holding numerous valuable patents. According to Scotiabank, Nokia’s patents deliver 500 million euros per year in intellectual property royalties.

Since the launch of the iPhone in 2007, stock prices of these three have slide into the portfolios of bigger companies.

Yet Nokia is on track to be purchased by Microsoft for 5 billion euros by 2014 and Motorola’s mobility division was purchased by Google in May 22, 2012.

It is expected that Blackberry will complete its due diligence for Fairfax’s offering by Nov. 4  2013. Investors will now be playing the waiting game to see the company’s fate.