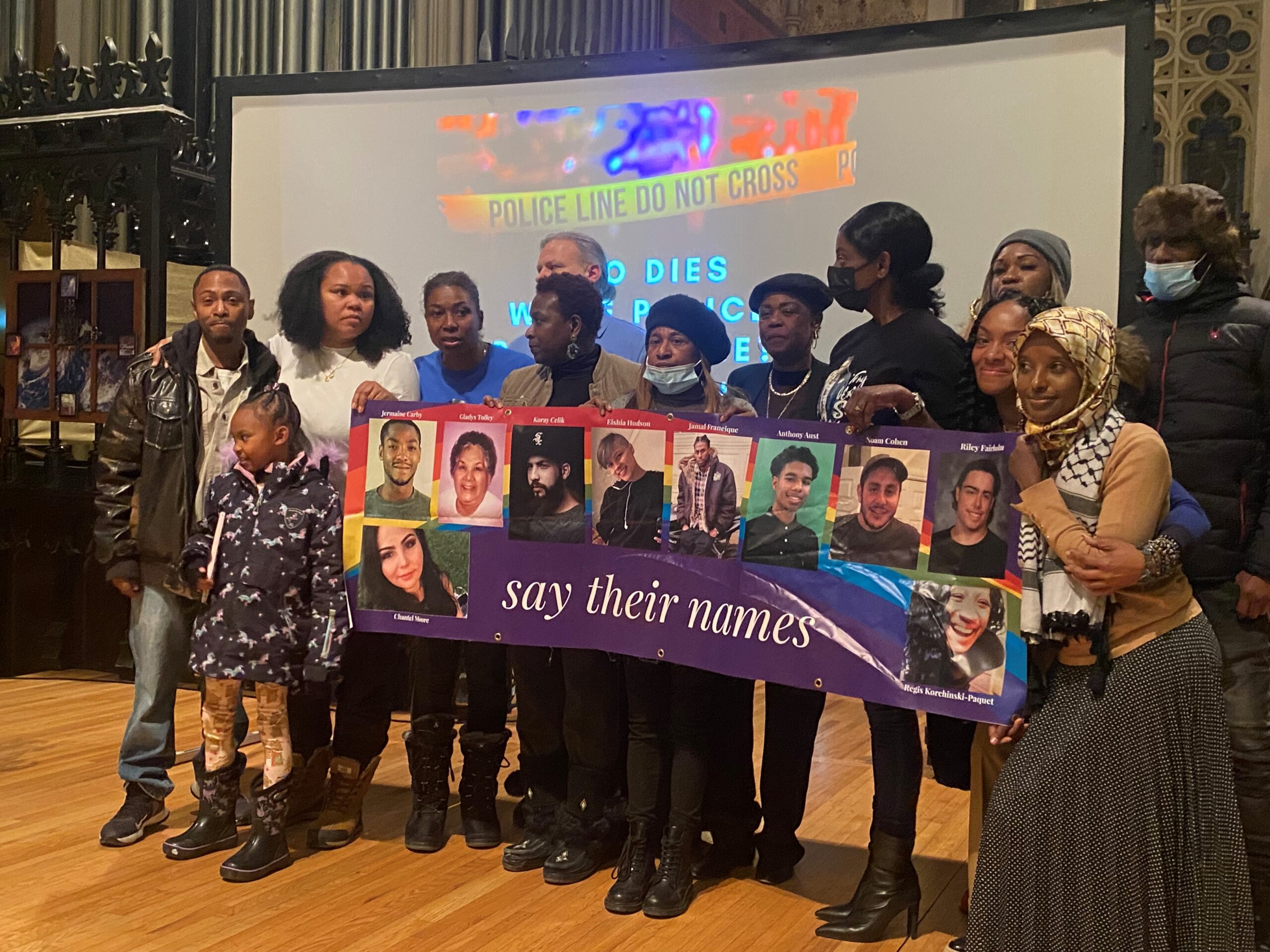 Surrounded by family and on the verge of tears, Peter Korchinski-Paquet recounts his daughters’ final moments before her death.

His daughter, Regis Korchinski-Paquet, fell to her death from a Toronto apartment building on May 27, 2020, during an interaction with police.

The Special Investigations Unit, which probes cases where civilians are seriously hurt or killed and allegations of sexual assault involving officers, cleared the responding officers in this case.

The Korchinski-Paquet family are among several members of the community who shared their experience with police at an open panel discussion.

The panel, coordinated by the Korchinski-Paquet family, took place inside of Church of the Holy, at 19 Trinity Square in Toronto on Saturday. 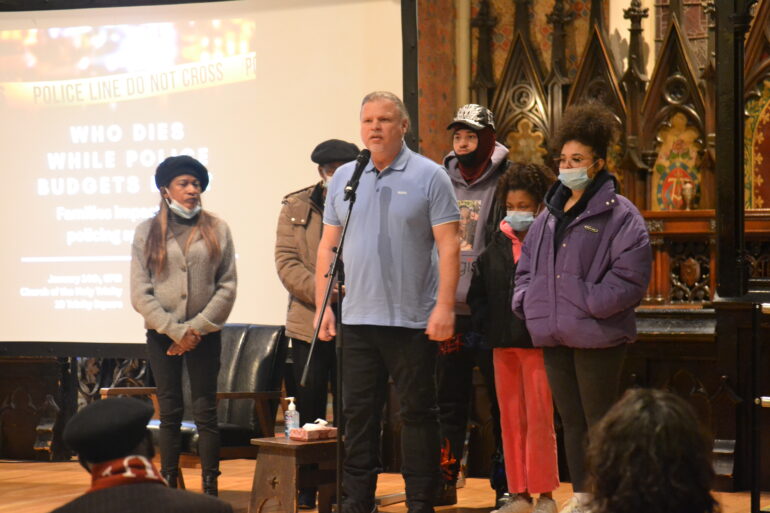 The event is one of several demonstrations taking place this month in response to the proposed $48 million increase in Toronto Police budget.

The city said in a news release that the increase would hire 200 police officers and 90 special constables to the front lines.

Annemarie Whites, mother of Jamal Francique, spoke at the panel to share her son’s story.

Whites said her son was shot in the back of the head by Peel Regional Police — which is seeking $45.9 million more to police Mississauga and Brampton — on Jan 7. 2020, during an arrest.

An autopsy showed Franique was shot in the left side of the head during his arrest, according to a report by the SIU, which also cleared the Peel officers involved in the case following its investigation.

Whites said although the budget increases are upsetting, a decrease will not guarantee safety for those who fear a police presence.

“I don’t think it will make a difference whether they get an increase or decrease, the killer cops are still out there,” she told listeners. “My son’s killers are still employed.”

Speakers highlighted that the effects of these interactions with police are detrimental, and in most cases long lasting. 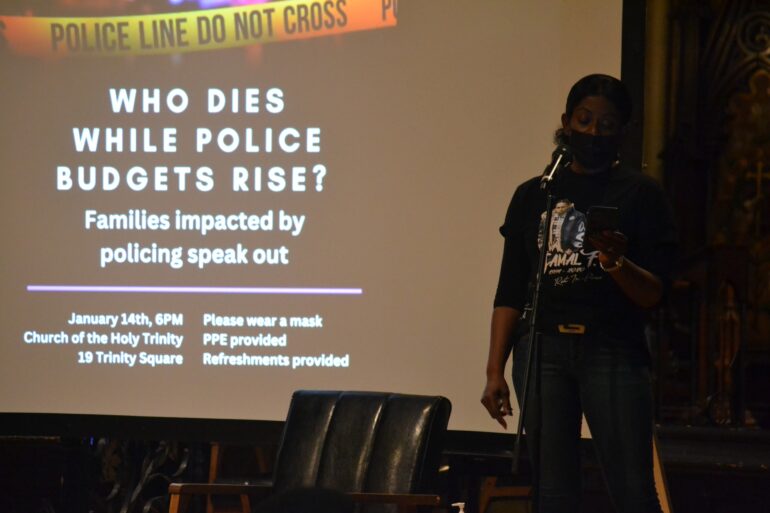 Annemarie Whites speaking about her son, Jamal Francique, who was shot and killed by Peel Regional Police on Jan 7. 2020. Photo credit: Tyreike Reid

This is the case for Anthony Marriott, who said he is still grappling with this reality after he fell from the 11th floor balcony of an apartment building in 1997 during a police interaction.

Advocates and community members suggest the funds should be used to support marginalized communities instead.

Outreach worker Doug Hatlem with Sanctuary Toronto told Humber News the funds will be better used to support those who are unhoused.

“Those funds would be much better spent actually getting people into housing, building new social housing, which is, you know, the key,” he said. “People need rent-geared-to-income housing.”

Toronto Police Service spokesperson Stephanie Sayer said in an email response to questions from Humber News that the increase is to improve service, such as faster response times.

“Core service delivery metrics, like how quickly a police officer gets to your door when it’s an emergency, are telling us that we cannot adequately meet the demands of our growing city,” Sayer said.

“If we can’t meet the demands of our growing city, we have a responsibility to ask for the resources we need to do that,” she said.

Sayer said that the police have a “legal and moral” obligation to deliver effective police service.

While the Korchinski-Paquet family supports these demands, they continue to grapple with the loss of their loved one.

“My granddaughter has been affected, my daughter, my husband, my son, my cousin, all of us,” said Claudette Korchinski-Paquet, mother of Regis. “We want change.”