BRING IT campaign murals released to attract students to Humber 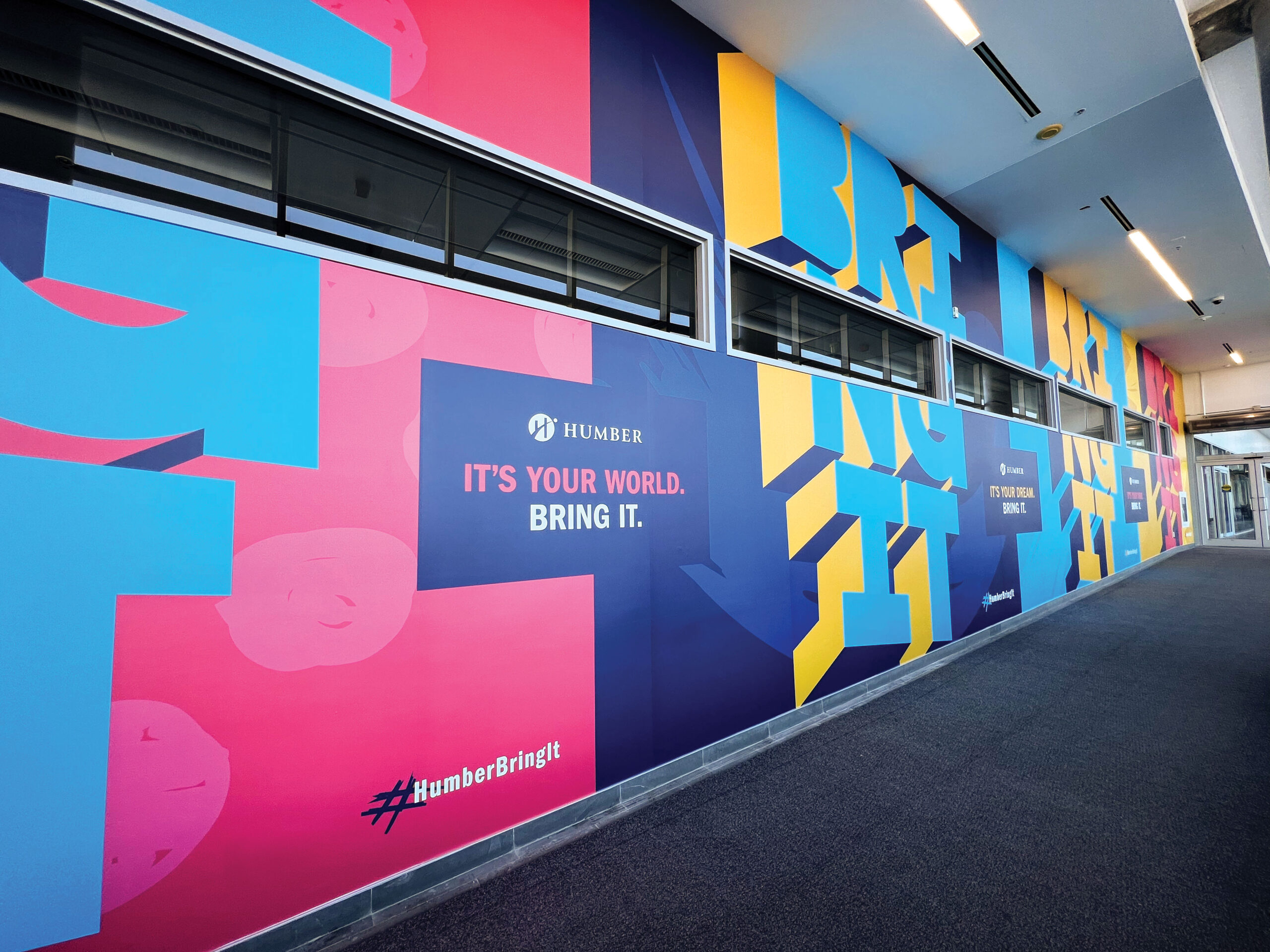 Humber College has just released new murals on its campuses as part of a new campaign aimed at domestic students living across the GTA.

The college’s new ‘BRING IT’ campaign, is meant to be motivational towards prospective students, in hopes to bring an increase to student applications, and overall enrollment to Humber.

The campaign has been ongoing since November 2022, and is set to continue on throughout upcoming semesters, with over 1,000 ads launched as part of the campaign.

Andrew Leopold, Director of Marketing and Communications at Humber College, told HumberNews a lot of things were brought into consideration when coming up with the BRING IT campaign.

“Someone comes to Humber with talents, with dreams, with ideas of why they’re choosing Humber. Humber has a lot to offer incoming students from our Polytechnic model of education to our balance between experiential and theoretical learning, work integrated learning are specialized,” he said.

“Ultimately, our goal with BRING IT is to increase applications by asking prospective students to bring their talents, passion drives, and sort of the everything that makes you you to Humber,” Leopold said.

“We have a lot to offer students so if you bring yourself to Humber, we’ll bring Humber to you,” he said.

Leopold said Humber worked hard to come up with a creative approach for the BRING IT campaign. As it partnered with the Toronto agency Borealis Creative, the college wanted the campaign to be different and unique, compared to other post-secondary advertisements and campaigns.

“In working with that agency, we came up with the concept of working with a local artist and at Humber the CCBI, The Center for Creative business innovation. So we have contacts in the art world and working together we identified an artist, the local artist’s name being Ben Johnston,” Leopold said.

Johnston is a widely known, award winning Toronto artist who created the BRING IT artwork that is being used throughout the college campuses, as well as public transit.

Johnston has worked with many major brands, and his work has been displayed throughout Toronto and more.

“We wanted to have an on campus and public presence. So we have the vinyl murals that are out now in the North Campus in the LRC building adjacent to the registrar’s office, and on Lakeshore Campus in the L Building. Right right in the main commons area,” Leopold said. 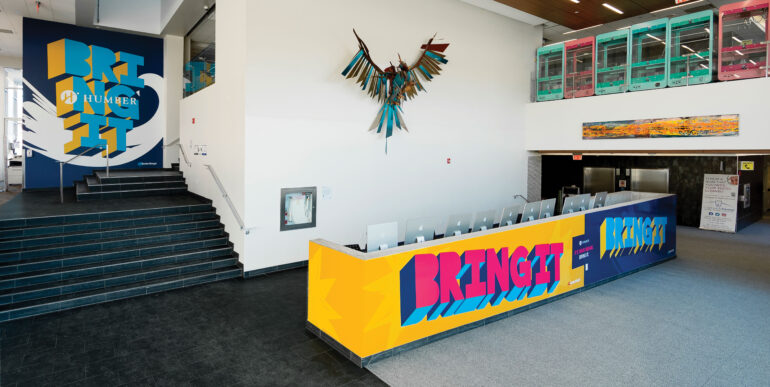 However, by the spring, the Lakeshore campus is expected to get another new ‘BRING IT’ mural, painted by Johnston.

Mikayla Melo, who works front desk at the Academic and Career Success Centre, and a Student Ambassador, told Humber News that it’s important for prospective students to enroll at Humber.

“Humber has so many programs taught in smaller class sizes, which most post-secondary institutions don’t offer. It’s a way for students to feel more comfortable within their learning environment which is an important part of learning and focus in the classroom,” she said.

Leopold told Humber News that there’s a lot of opportunity for prospective students wanting to enrol.

“Students get the opportunity for both experiential and hands on learning, theoretical classroom learning, interaction potential for interaction with industry and community,” he said.

“We have significant opportunities for work integrated learning, opportunities to participate in applied research and our centers of innovation who filled our hunger learning outcomes into our programming, all in an effort to prepare students for the workforce,” Leopold said.

Bronwyn Keith, a student in the Bachelor of Creative Advertising Program, believes the campaign will convince more prospective students into choosing Humber as their choice in post-secondary education.

“The new murals are bright and exciting, they bring warmth and excitement to the space. The ‘go get it’ attitude of the new slogan projects a lot of confidence that I think will project back onto prospective students and show them that by joining the Humber community, your ideas and individuality will be celebrated,” Keith said.

The BRING IT campaign also has its own dedicated webpage, allowing prospective students to learn more about the campaign itself, communities involved within the college, programs, and campus spaces.