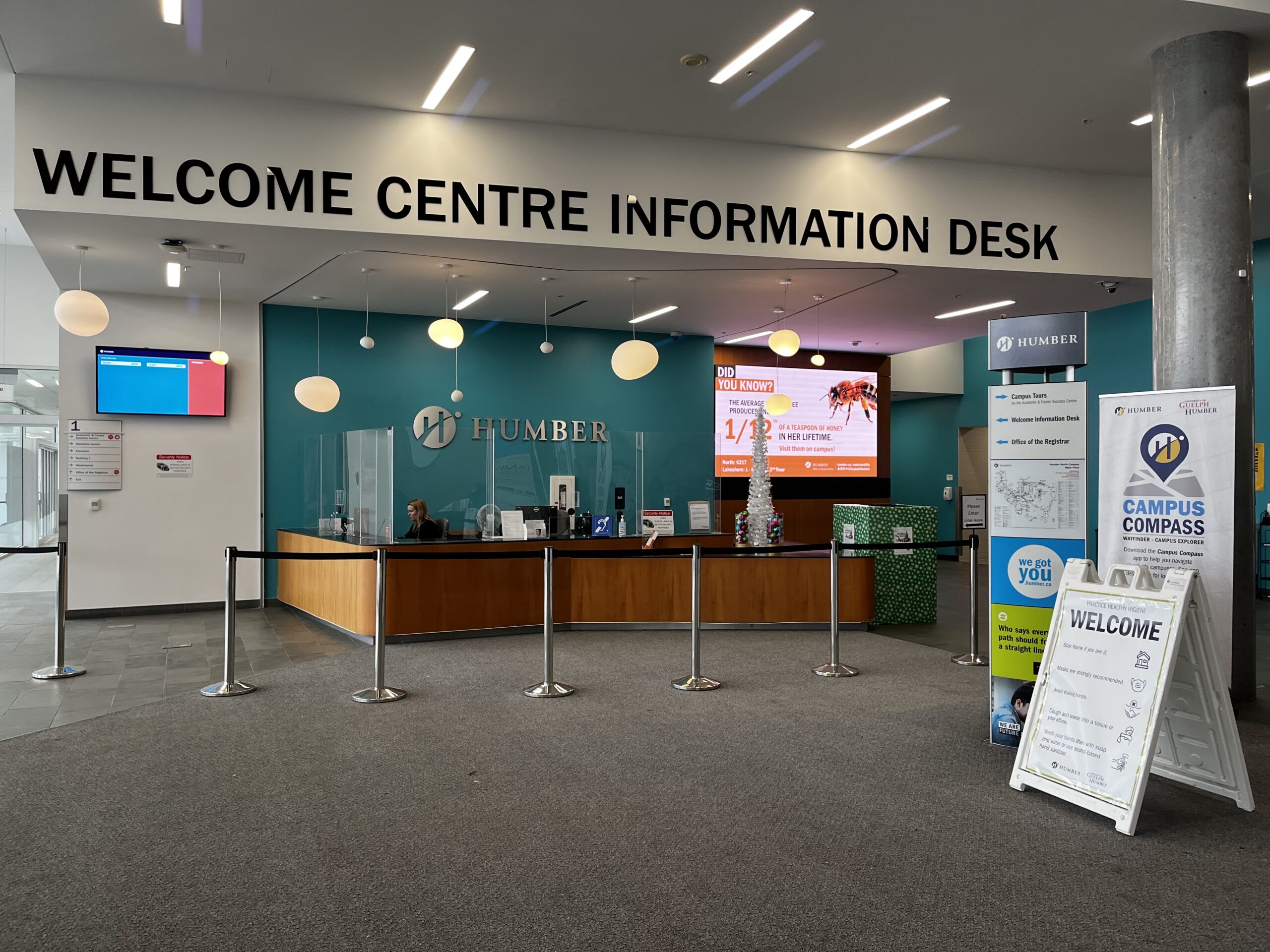 Humber College’s Work-Study students said there can be benefits, but also detriments to Humber’s Work-Study programs.

Raval Alviarez, a student in Humber’s Film and Television Production program who works as a digital content creator for Student Success and Engagement through the work-study program, said the department within Humber College’s Student and Community Engagement division promotes student health, wellness and inclusivity.

“We create content for the Life at Humber pages across all social media,” Alviarez said. “As a content creator, I can do things that range from graphic design, to video editing, to video production and photography.”

Alviarez recommends people take the opportunity to do a Work-Study. He said for full time students, working within the school is easier than working at an off-campus job.

“You don’t have to commute too much and you can have shifts where immediately after class you can start working. And there’s just less [of a] cost of transportation. It’s definitely an accessible way of getting that opportunity,” he said.

“For me, in the film and television production program, it’s actually a really heavy workload and it’s in person,” he said.

Alviarez told Humber’s Et Cetera that he completed a degree in cinema studies from the University of Toronto, which was easier to work around.

“It was all written stuff and I feel like that could be done on my own time,” he said.

However, Alviarez said Humber’s program requires a more hands-on approach, as it is a polytechnic institute, requiring students to attend at specific times of the day. He also doesn’t make his schedule for this program as he’s assigned blocks, which limits the number of hours he can work.

“It’s hard for me to say that I can work a regular nine-to-five shift. What ends up happening is you get smaller shifts throughout the week,” Alviarez said.

Anthony Nguyen, the co-circular program coordinator for Student Success and Engagement and the Work-Study communicator, said that full-time, domestic students in financial need may be eligible for a part-time Work-Study job on campus.

Benefits include work experience, connecting with others at Humber, working on campus with employers who understand your student commitments and gaining unique skills to which you may not be exposed in other roles.

However, only domestic students can qualify for Work-Study programs and space is limited for those who qualify.

Nguyen told Humber Et Cetera that many students are left satisfied with the Work-Study program.

Sarah Hurtado, a third-year journalism student, is also involved with the Work-Study program and works as a Student Ambassador for Humber College’s North Campus.

Hurtado works for the Office of Registrar, but within the Academic and Career Success Centre, some of her tasks include answering questions about registration and the services they offer, while also conducting general tours of the North Campus.

The ambassador position was a remote job when she started in May. However, it will be resuming in-person tours as of February 2023, with reduced hours from 3:30 p.m. to 8:30 p.m.

Lately, Hurtado feels management has been treating the team poorly. Within the past few days, the ambassadors received an e-mail indicating the reduced hours of work next semester and they would be working on campus.

Many ambassadors are disappointed with the lack of support from management.

“I know that a majority of the student ambassadors are either quitting or thinking about quitting because of that,” Hurtado said.

These changes were to be made next semester in-person without consulting the ambassadors, as many do not live close to campus, but need the funds to be able to support their education and lifestyles.

“They didn’t even do a survey or ask, they just said, this is what we’re doing. I have co-workers who are moms and they live on that salary,” Hurtado said. “You can’t spend your whole day at the school and get off at nine.

“Most of us are women, and at that time it’s dark, you have to wait for the bus, and it’s really late,” she added.

Despite some of the problems she’s encountered of late, Hurtado shared some positive experiences.

“You do get a lot of experience, it’s just poorly organized,” Hurtado said.

There has been no comment from management at this time.