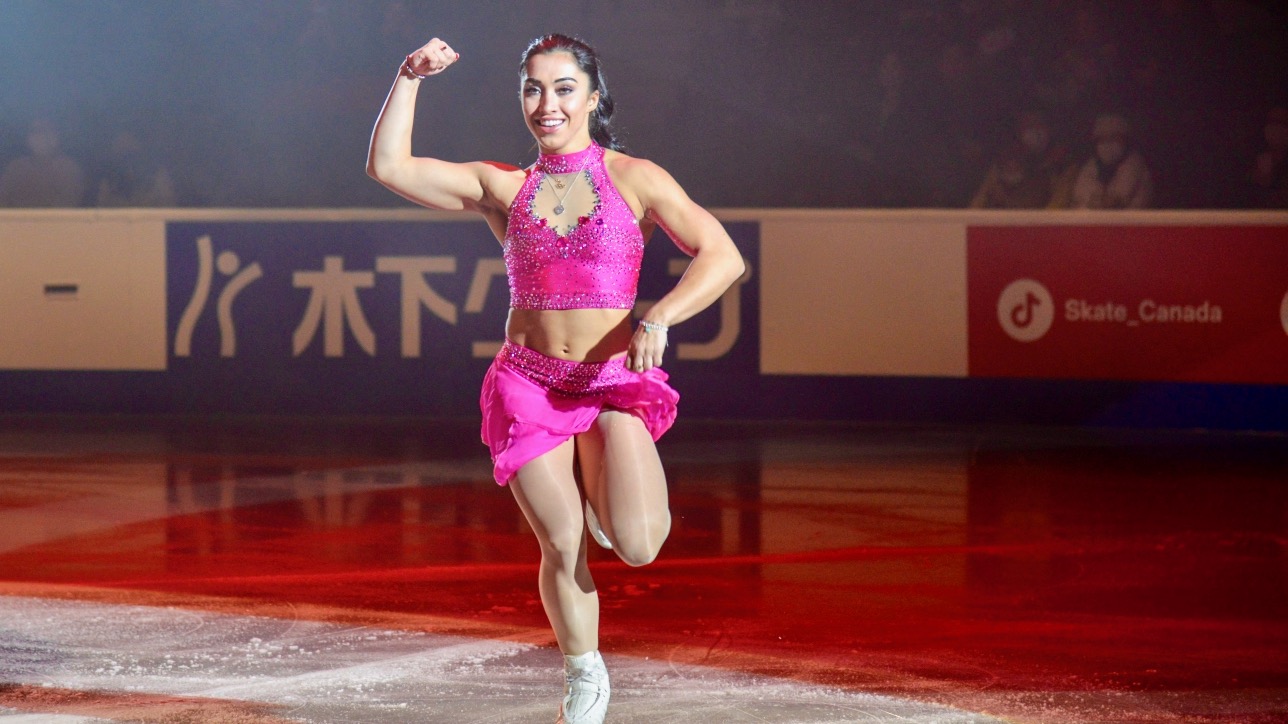 Canadian Olympian Gabrielle Daleman, who won a team figure skating gold medal in the 2018 PyeongChang games, said the past two years overwhelmed her and she had to shut it out.

The 24-year-old lost her beloved grandma, suffered injuries, was attacked by body-shaming comments and, after all her work, wasn’t picked to go to her third Olympics.

It all happened within two years, those ghost-like COVID-19 years when the world had to reset to battle the pandemic. And the memories of the time brought tears to her eyes.

“I just feel like I cannot handle it,” Daleman said.

She wasn’t the only one who didn’t know how to navigate through the pandemic.

Newly-retired Canadian figure skater Joseph Phan said he was struggling with an on-going bad knee injury throughout COVID and a move to a new city, which eventually forced him to bow out of competitions.

Phan, who was the 2016 national junior champion and medalled in the 2018 world junior championships, received plasma-rich platelet injection treatment for the knee but said a tear to his tendon remains.

He said he was dealing with the injury while trying to adapt to his new city of Toronto and it took the Montreal-native a year and a half to feel comfortable at his new skating club and Toronto.

His club, the Cricket Club, invited mental health specialists to help skaters, but he was still depressed, he said.

Figure skating coach Andrew Evans said none of his students were motivated during the pandemic.

“I kept on telling the kids, when you can’t be motivated, at least be disciplined to show up and go through the motions,” Evans said.

Public health measures were strict, but skaters endured them to keep training. Phan said his club managed to get ice time for their skaters at an early stage, but with tons of restrictions.

Skaters must wear their masks all the time, and it’s uncomfortable and sweaty, Phan said.

“I was pretty lucky,” he said. “My friends weren’t able to skate and train.”

The scramble for ice time was more than common.

Richmond Training Centre figure skater Howard Leung said they had to share a one- or two-hour session at the Scotiabank Arena with other clubs.

“Not everyone gets to do programs because you have 15 people, 20 people on the ice at the same time,” he said.

Yet, the distance between Richmond Hill and Scotiabank Arena wasn’t far when compared to Evans’s case.

Mississauga-based Evans said he “was driving from Etobicoke to Brantford” and then “from Brantford to Nottawasaga and then Nottawasaga back down.”

All the driving was done to find ice, Evans said.

His students, pair skaters Brooke McIntosh and Benjamin Mimar, said athletes had to get creative with their training during the initial lockdown.

Mimar said he used weights to simulate the elements on his own as pair skaters couldn’t meet each other.

“We did what we could do with the difficult circumstances,” she said.

However, Leung said the one-hour online fitness classes couldn’t recreate the cardio needed for figure skating. Leung said his body got heavier and the weight messed with his jumps.

Daleman did her physical conditioning at home, but things weren’t easier. She said physiotherapy wasn’t as accessible because there were immunity restrictions.

COVID-19 set people apart physically, but technology pulled them together digitally. Evans said the ZOOM app linked him to people from 25 countries.

Evans said the initial lockdown, where training was exclusively online, emphasized to him the effectiveness of off-ice training. He realized that students could continue to jump off-ice for 45 minutes without getting injured, he said.

Evans then doubled or tripled the amount of off-ice training with a bunch of Canadian champions out last year.

COVID also introduced virtual competitions, some liked it and some hated it.

Phan said his virtual experience in the Skate Canada Challenge was less nerve-racking because it was less like a competition. Skaters competed with no crowds, no cameras and no judges.

“I’m more of an alone person,” he said. “It stresses me out so much, so in a way, I like competing when there’s less people.”

But skaters had to wait a month to get their scores, which was odd to him.

Daleman said the wait refrained skaters from doing replacements — which are linked to the program score — right away. She said virtual competitions also stripped away the authentic competition experience.

She said skaters couldn’t feel that adrenaline and nerves in virtual competitions and she missed that. It impacted her growth as an athlete.

Daleman wasn’t the only one who missed the authentic experience.

Leung said unlike in-person competitions where skaters warm up with other competitors, they had a six-minute session of their own.

He said seeing others landing amazing jumps would motivate him to do better, but that’s not offered in virtual competitions.

The motivation also came from chants from the crowds, which empty arenas couldn’t offer, he said.

McIntosh, who made her Grand Prix debut with Mimar in front of a home crowd, said the energy from the audience kept her going.

“It’s always nice to see little kids coming to watch our event,” Mimar said. “They start to like the sport as much as us.”

Some kids sparked an interest in figure skating and some athletes passed the torch and moved on.

“I have been through basically top and back for thousands of times,” Daleman said. “If anyone knows how it’s to be at the top, then go to rock bottom, I am one of those people.”

She said it was the love for the sport that fueled her through everything.