“We as a diaspora have many voices,” he said. “There’s many different experiences that we have. We’re everywhere.”

“There’s an opportunity to see one another’s art. Hopefully, it can be a space where all of us have a platform,” Adjei said.

The Toronto Arts Centre announced in late 2020 it would be turning the building into the country’s first multi-disciplinary professional arts space dedicated to showcasing all art forms from the African diaspora.

The organization has raised nearly $15 million to be able to fund the project and it is set to be completed in early 2023. Located on Oakwood Avenue in the Little Jamaica neighbourhood, also known as Eglinton West, it was founded to help create alternate pathways for Black youth to rediscover themselves through the arts.

“NIA has done a lot for me with some programming that I did 10 years ago that still to this day I benefit from. They taught me so much,” Adjei said about a mentorship program at the centre. 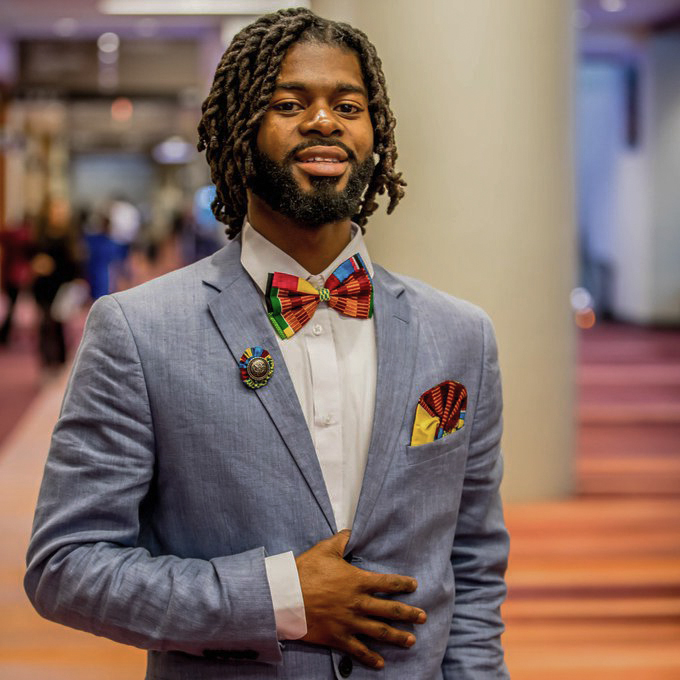 “But I can’t imagine being 12 or 13 years old and knowing that a space like that exists and then having the opportunity to then create more, be there, or watch a play and see other artists,” he said.

Michael Brathwaite, co-chair of the NIA Centre, said the organization’s goal is to become a central hub for Black artists. With the expansion, the expectation is that artists will be able to collaborate and work together.

He said the centre will create a “capacity for arts to become a professional career.”

“This is a fulfilment of the vision that’s over a decade in the making. I think we have the ability to be the beacon that showcases Black artists,” Brathwaite said.

Brathwaite said the centre will thrive in Toronto because of its multicultural landscape. Language, religion, belief, sexual orientation and culture are all factors he feels would make it difficult for different artists to collaborate in another city or country.

“The Black community here is so diverse in itself – it’s not a monolith,” he said. “There’s different aspects of the Black community and it unlocks a creative potential that isn’t possible anywhere else in the world for Black people.”

Part of the centre’s commitment to providing space for any art form is to meet the needs of each individual artist. Adjei said a friend, who is a photographer, doesn’t necessarily have the same needs as him.

He said the pandemic changed the landscape of what artists need so that they can be successful and the “next important step” is to create resources that address the business side of being an artist. Adjei hopes the centre will have “consultations” to address future goals.

With the arts centre looking to create a collaborative environment, he noted the importance of having a unified voice in the artworks they create because the Black community needs allies.

However, he said NIA is more than just an arts centre and its legacy is about what the building represents to the Black community.