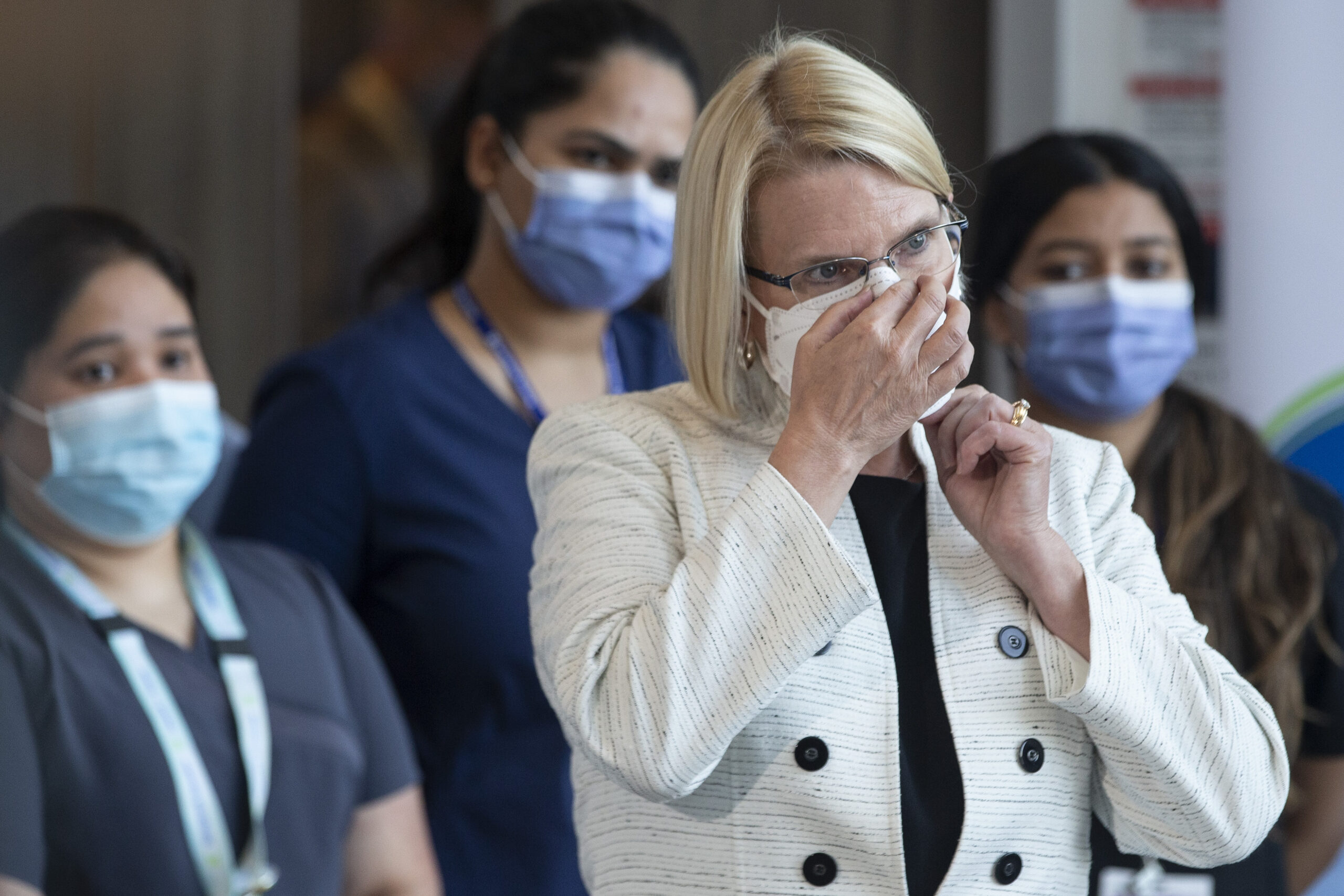 Keri Graham’s three-year-old son, Tyler, was lying “lifeless” in a hospital bed for days after contracting a respiratory illness that’s inflicting young children under five years-old across the province.

“Within 36 hours of being in Oakville hospital, we were rushed to [the] ICU (in London, Ont.) because he had progressed so quickly,” Graham said.

Respiratory Syncytial Virus (RSV) has been causing a significant uptick in emergency room visits for parents seeking medical attention for their young children.

According to the CDC, the symptoms begin as a typical cold and flu but quickly progresses into a cough that causes wheezing and an inability to breathe. 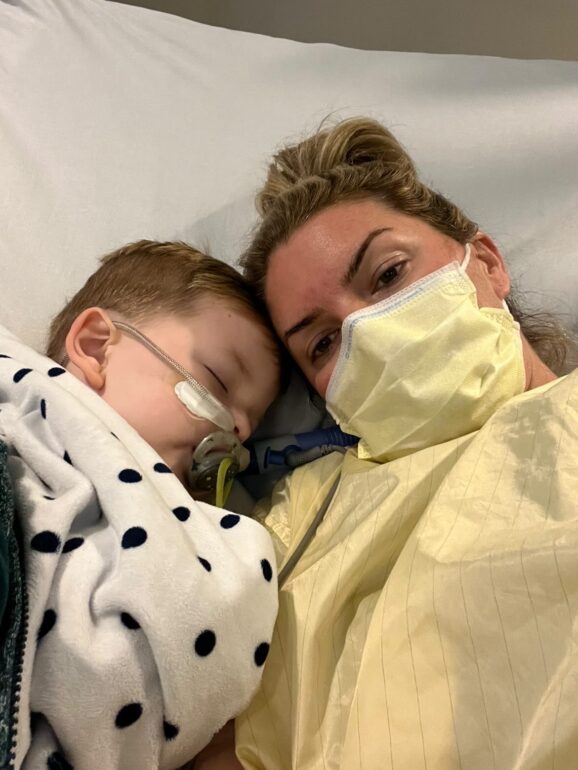 Keri Graham and her three-year-old son Tyler in the ICU at The Children's Hospital in London after his respiratory syncytial virus worsened. Photo credit: Courtesy, Keri Graham

The night Graham decided to take her son into the emergency room at Oakville Trafalgar Memorial Hospital, Graham said she could see him struggling to breathe in his sleep.

“I could see him breathing through his stomach and his chest excessively and whimpering in his sleep,” Graham said.

The hospital immediately put Tyler on a ventilator and IV steroids to help boost his oxygen levels, which read at 84 per cent – so dangerously low that Graham said hospital staff thought their machines were broken.

The doctor warned Graham that Tyler needed to be transferred to a pediatric hospital to give him the appropriate care that the community hospital could not provide. Doctors tried to arrange the transfer, but there were no available beds at any hospitals nearby.

Ontario Health’s Data Catalogue, a daily log for ICU bed availability, shows that as of Nov. 17, 2022, there are 112 ICU beds available for pediatric patients, and Ontario hospitals are currently over-capacity by two.

“I could see the doctors panicking,” Graham said. “This is about to get out of control for us.”

After hospital staff scrambled to find an available bed at any pediatric hospital for Tyler, a patient was being discharged at The Children’s Hospital at London Health Sciences Centre, almost two hours away. 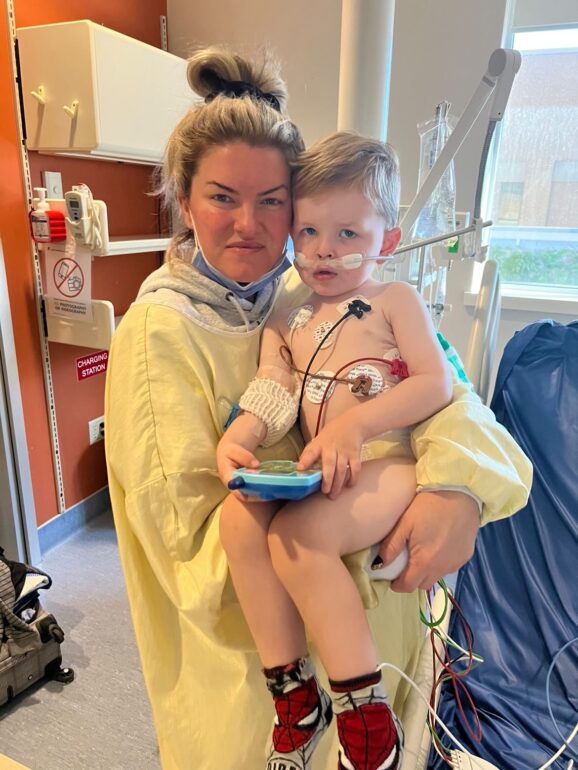 Keri Graham and her son Tyler, 3, in the pediatric ward at Victoria Hospital in London, Ont., after he was rushed from Oakville Trafalgar Memorial Hospital because his respiratory syncytial virus (RSV) case worsened. Photo credit: Courtesy, Keri Graham

Tyler spent a total of 11 days in the hospital before he was well enough to be discharged on Oct. 28 — his third birthday.

Graham said her little boy, Tyler, is finally back to normal after coming home but is currently having trouble staying healthy while in daycare.

Dr. Daniel Flanders, a pediatrician for Kindercare Pediatrics in Toronto, speculates that the rapid spread of RSV is because of the COVID-19 preventative measures that society has taken over the last few years.

“Our whole community hasn’t seen very much in the way of infectious diseases and all our immune systems are kind of rusty,” he said.

“Then six months ago or so, we all took off our masks and started mingling together again and it’s kind of like pouring gasoline on a fire,” Flanders said.

Bernadette Robinson, a registered nurse and vice-president of the Ontario Nurses Association (ONA), said nurses caring for pediatric patients need the government to take “real action” that will help patients and the health care system.

“It’s a really critical time for our children,” she said. “We don’t want to see any child being treated in a non-traditional space,” Robinson said.

Robinson told Humber’s Et Cetera that children need to be treated in a place with the appropriate caregiver to manage their needs, not in hallways or nurse’s stations, where many hospitals are being forced to put them.

“I am reminding Ontarians to get back to using all the layers of protection that we know work to keep ourselves and others healthy,” Moore said.