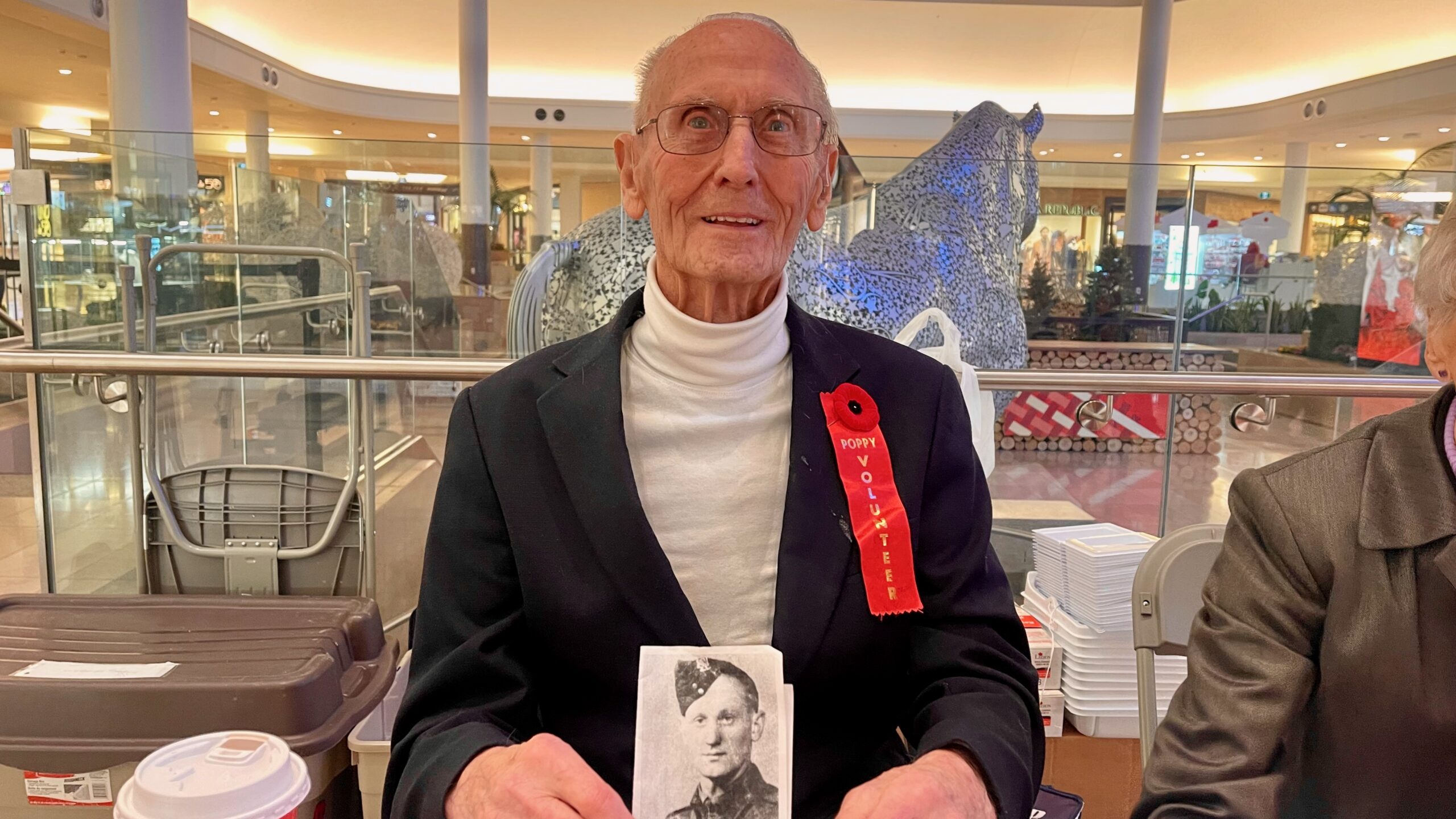 Junior Brown, a 61-year-old retired veteran, reflected on his experience serving in the army and what Remembrance Day meant to him.

“I enlisted in the Jamaica Defence Force in 1991,” Brown said. “It was a very challenging experience from the initial training to my retirement.

“The physical aspect of military training and trying to adjust to a new life was hard. I was only 20 when I enrolled and couldn’t see my family when I wanted to,” he said.

Brown said serving his country taught him many lessons that he’ll continue to carry with him. 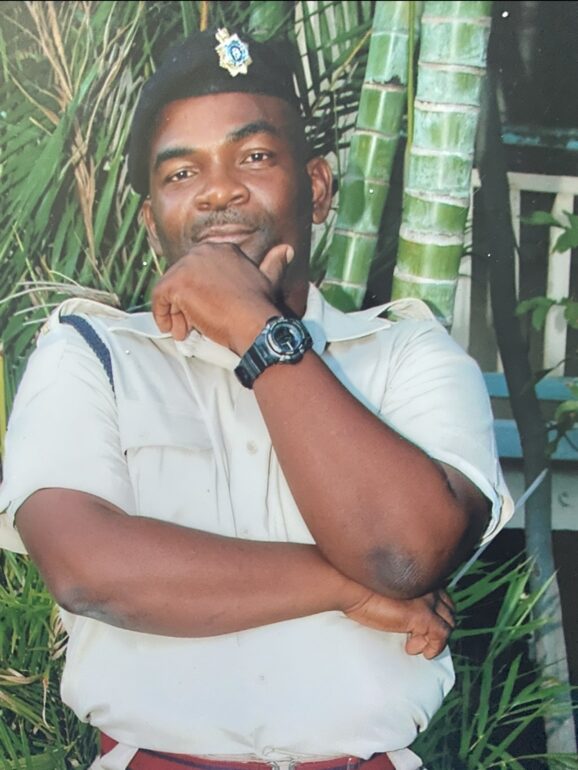 Junior Brown standing in front of bamboo trees in his uniform. He was a member of the Jamaican Defence Force. Photo credit: Junior Brown

“I learned how to be creative,” Brown said. “Eventually, I adopted a ‘never say never’ outlook. It makes you treasure the journey and the friendships you make.”

A moment of silence is observed at 11 a.m.

“Today, we pay tribute to Canadian service members, past and present, for all they have done to keep us safe,” he said. “At the eleventh hour of the eleventh day of the eleventh month, we observe two minutes of silence for the brave women and men who gave their lives in the service of a better Canada – we are forever in their debt.”

“Lest we forget,” Trudeau said.

One Humber student, however, wasn’t aware the day was approaching.

“I think this is a good day to remember the people that laid down their lives, but I don’t associate November with Remembrance Day,” said Rayvon Johnson, a third-year student in the Mechanical Engineering Technology program.

He said the day hadn’t crossed his mind since he attended mandatory assemblies in elementary school.

“All that really happens now is you get a poppy and that’s pretty much it,” he said. “Maybe if it was more like other holidays where people go all out with decorations then it would be on my mind.”

He said he enlisted the year before the Second World War began in 1939. 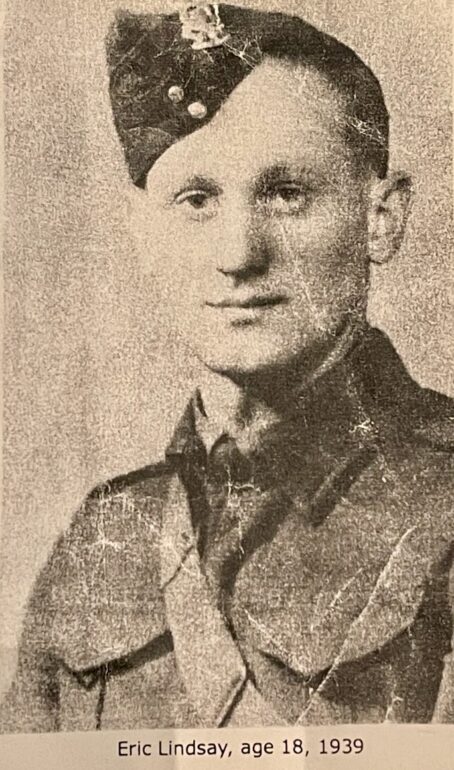 “I could see the war was coming,” Lindsay said. “I joined the Territorial Army. When my mother found out I had joined, she said, ‘Why don’t you tell them your right age?’

Lindsay said he was eventually deployed behind what was then believed to be the impregnable Maginot Line in eastern France.

“My two friends who joined at the same time were captured by the Germans,” he said. “I got out because a young officer got into my cab” and fled. Along the escape route, Allied soldiers were damaging their abandoned trucks to prevent the Germans from using them.

Lindsay said he returned to southern England, later to join a regiment in Scotland, but after a short interview he became tired and didn’t mention how he managed to cross the English Channel.

History knows it as the Battle of Dunkirk, where more than 330,000 British, French and Belgian troops were evacuated by boat under heavy German fire.

Jennifer Facey, a part-time teacher at Yorkwoods Public School, is trying to change the narrative and educate students in the best way she can. 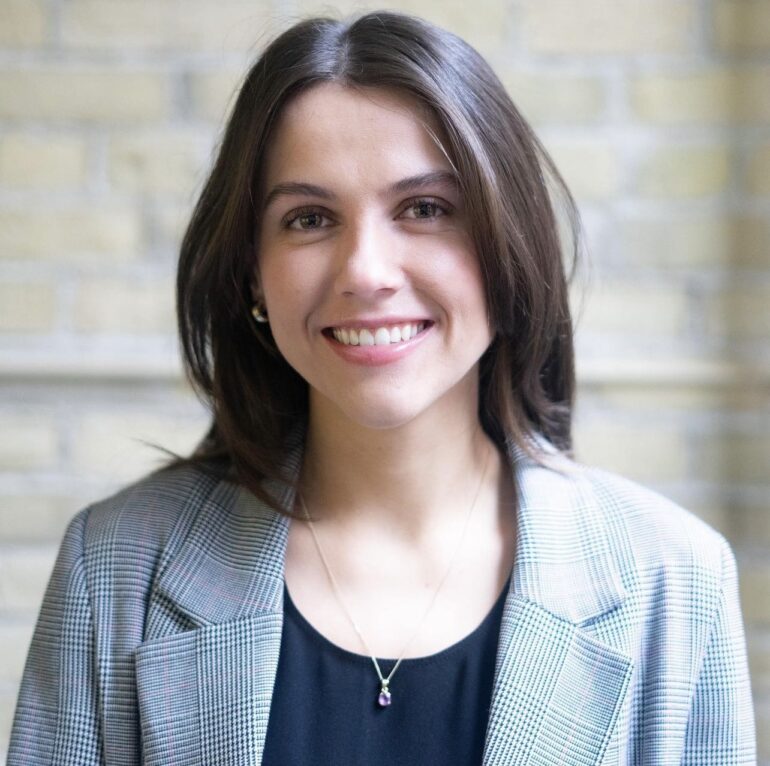 A headshot of Jennifer Facey standing outside Yorkwoods Public School. She is teaching her students about veterans. Photo credit: Jennifer Facey

“Each year, I give my students this exercise where they have to imagine that their loved one has been drafted into the army,” Facey said.

“My students are encouraged to put themselves in the family members’ shoes,” she said. “As young minds and as seedlings, they can be impacted by reflecting on the work veterans did for the country.”

Canadians wear a poppy on the left side of their lapel to show respect for the veterans.

The poppy is a flower that grew on the battlefields in North West France after the First World War ended. It is one of the most powerful symbols used to honour veterans.

“I don’t only want them to think of the red rose or petals,” Facey said. “I want my students to leave my class knowing the significance that this day holds so they can take it with them when they are older.”

There are several ways to remember Remembrance Day, but for veterans like Brown, it will always carry special significance.

“I feel proud to have served,” Brown said. “For me, it means a day of recognition for those who served before me and makes me feel proud to be counted among the veterans.”