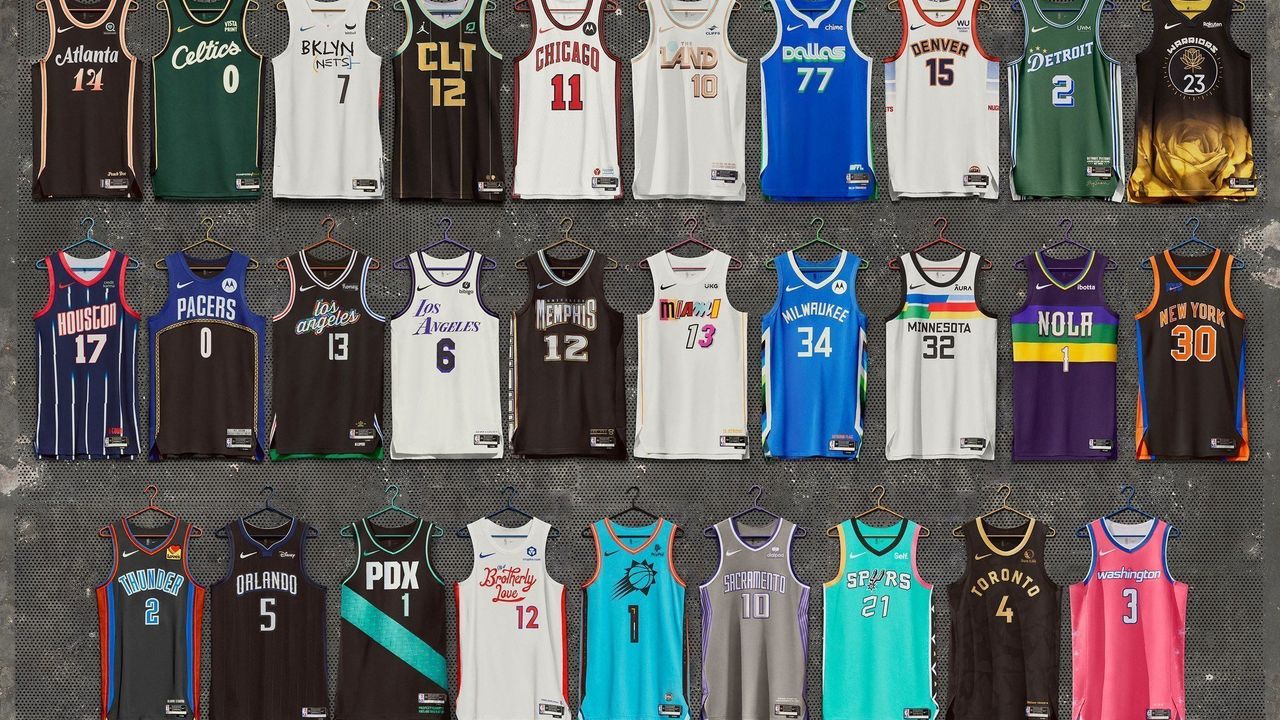 The NBA and Nike teamed up once again in this month’s release of 29 city edition jerseys.

This tradition began in 2017, and has been a huge hit among jersey collectors and basketball fans. City edition jerseys are meant to hold sentimental value to fans in each NBA city who can represent their team with heritage unique to each locale.

Along with the finer details and stories behind each one, they are beautifully designed jerseys that fans can make or break their personal outfits.

A city known for its vast culture and endless nightlife, yet they struggled to nail the creativity on this one. The Heat are in a tough position when it comes to jerseys because the standards they are held to are infinitely high since the world fell in love with their past Miami Vice-themed jerseys.

An NBA record of 16-years without an appearance in the playoffs, Kings fans have to cover their eyes for something other than games for once. With a mix of grey and purple accents that just make no sense to blend, the Kings’ colour palette must’ve run out for this one.

Fans already feel bad enough that Damian Lillard’s loyalty to Portland has led to nothing, but now there’s something else to sympathize with him over. A black-and-teal combo that just doesn’t look right and — wait for it — is inspired by the teal geometric patterned carpet at PDX airport. A CARPET.

Plain, boring, and potentially inspired by the colours of Google. This jersey is supposed to be unique because the pattern of each one is different, yet they all look awfully similar. A young and promising team with a very unfortunate city jersey that maybe three people in all of Minnesota purchased.

The worst city jersey of the year goes to the reigning NBA champions in San Francisco. This jersey is a disaster in every department, and it really hurts to look at that giant yellow rose taking up the entire lower half of the jersey. The real shame is that the jersey was designed by a local artist and its purpose was to empower women, but it looks like they’ve really let women down on this one.

Although it may seem too simple for some, this is exactly what a city jersey should look like. A jersey that represents the team’s city in a way that’s clear for everyone to recognize, and that’s exactly what the Sixers got right with this one. Famously known as the “City of Brotherly Love” (the Greek translation of Philadelphia), the players can now rep that slogan with pride.

A colour scheme inspired by Georgia’s reputation of being The Peach State. It features black as its primary colour with a peach shaded trim. This one’s just a satisfying jersey to look at and the font used for both the numbers and letters is very fun.

This jersey was harshly criticized by many since the Rockets opted to replicate last season’s city jersey, but my goodness they are they wrong. It’s a near masterpiece. It’s a classic retro jersey that is worth every penny. If the jersey wasn’t so special then Houston wouldn’t be re-using them.

This jersey will go down as an all-time classic in B-town. Forest green with a gold trim that blends together very effectively. This jersey is meant to commemorate the Celtics “Golden Era” and pays tribute to the late and iconic Celtic, Bill Russell. There are a combined 11 diamond patches seen going down both sides of the jersey to showcase the 11 championships Russell won.

It’s perfect, what more is there to say? A gorgeous black jersey with chrome accents that shows many similarities to features on their past jerseys, including the legendary Vancouver jerseys. Barbecue in Memphis is both rich and sweet, with a pop of spice and now, so are these beautiful jerseys.