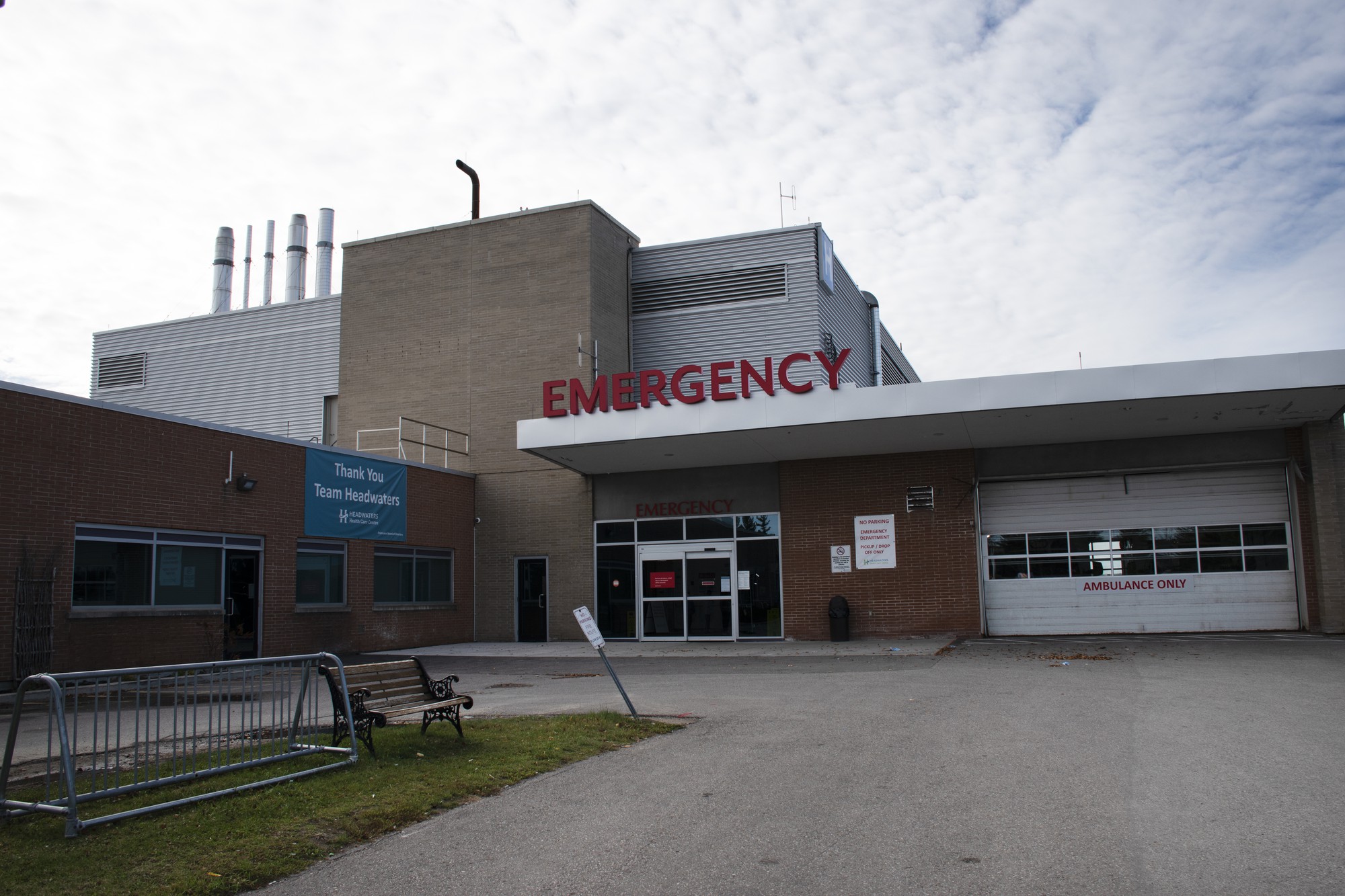 Since the beginning of the COVID-19 pandemic, doctors and nurses across Ontario have been desperately asking for help.

Over the last two years, hospitals have been understaffed and overcrowded and it’s led to an overstretched healthcare system with its technicians, nurses and doctors suffering from burnout.

“This is not a good time for us,” Mendes said. “There is only one doctor and one nurse in the emergency room at the moment. We are very understaffed.”

The Ontario Council of Hospital Unions (OCHU) and the Canadian Union of Public Employees (CUPE) said in a statement that due to widespread staffing shortages and emergency room closures over the pandemic, “Toronto hospitals need to hire 15,000 more staff each year to deal with increased patient needs and rising paramedic offload delays.”

Mendes said at Headwaters Health Care Centre, waiting times can be anywhere from two to three hours depending on the day.

Frank Tullio, an elderly Headwaters patient, said his time in the ER waiting room on Nov. 4 was torture.

“I’m here because of an allergic reaction from a bug bite and I have been waiting since last night for me to even see the doctor,” he said. “It has been over 10 hours.”

It’s not just doctors being affected by the lack of resources. Other staff, including nurses, lab technicians and cleaning staff, are buckling under the stress.

Ellen Francesconi, a medical imaging technologist at Humber River Hospital, said everyone in the system is feeling the pressure.

“If you have limited resources, you can only do a certain amount of patients per day,” she said. “But if you have ten times that number then everyone in the system begins feeling the stress.”

An experienced plastic surgeon who practices in the eastern GTA region claims that this problem is not affecting all doctors the same.

“From a surgical perspective, the doctors are taking care of the patients,” said the doctor, who spoke on condition of anonymity to avoid punishment for speaking to the media. “Anyone who needs urgent surgery and urgent care is being taken care of.”

But on a larger scope, he said the system needs an overhaul.

“Privatizing some of our healthcare and moving to a hybrid system is probably where we are heading,” he said.

According to some doctors, the Ontario government needs to put more money into the healthcare system for it to stay afloat.

Francesconi said there are two solutions to this problem. The first is hiring more staff. However, this requires more workers available for hire, which isn’t always the case.

The second is one that patients can help out with: using common sense when it comes to going to the ER.

“People tend to go to the ER for very light injuries or illnesses,” Francesconi said. “This is taking time and space away from people who really need the help and it is causing overcrowding.”

Nonetheless, Francesconi remains hopeful that one day this whole situation will be resolved.

“This problem is like a snowball that keeps getting bigger,” she said. “It will eventually melt away when the system learns to manage it.”