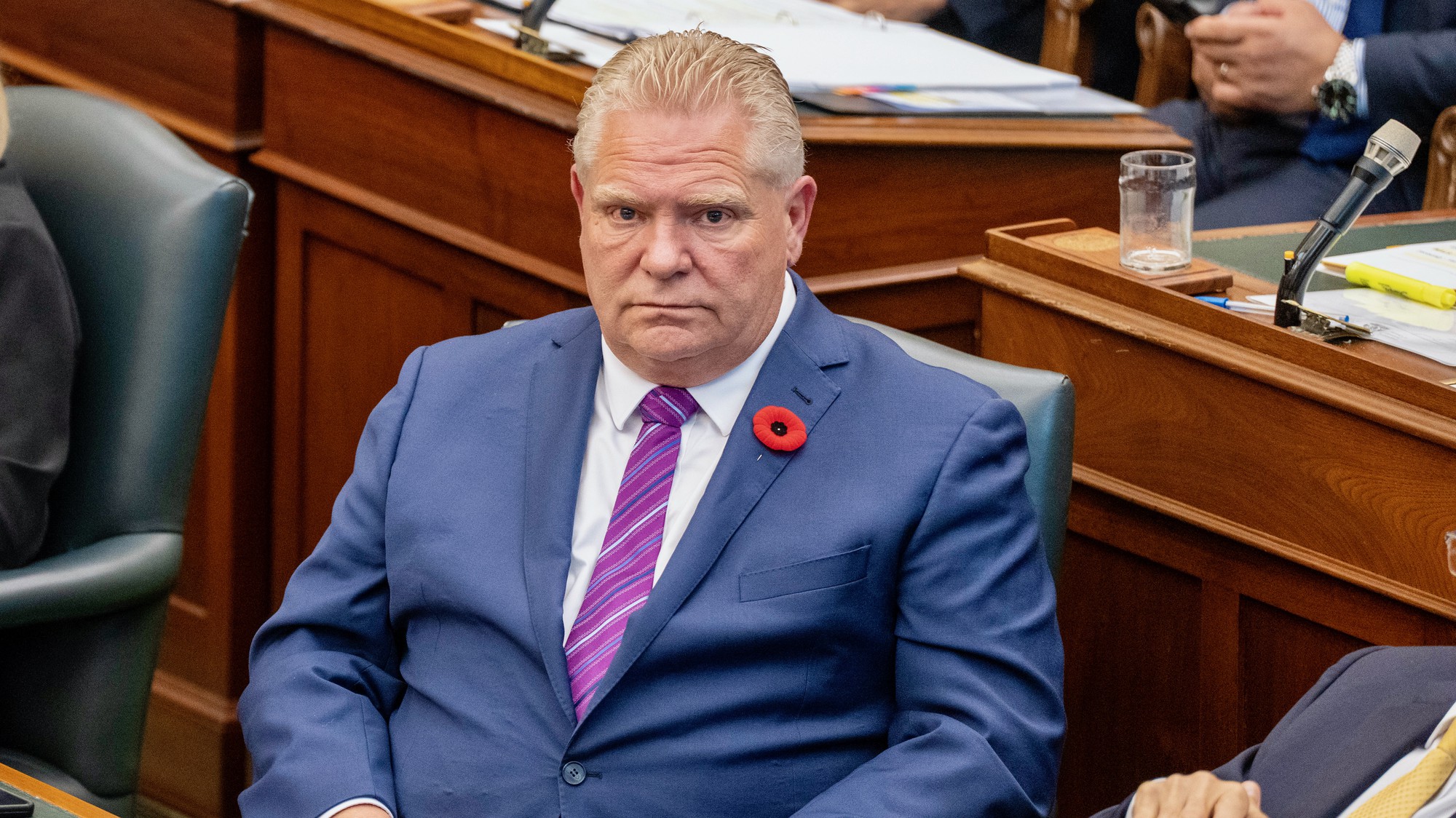 It’s been an intense week in Ontario provincial politics as the Canadian Union of Public Employees (CUPE) continues fighting for a new contract with the Doug Ford government.

The government responded not by negotiating but by invoking the notwithstanding clause in the Charter of Freedom and Rights to kill the bargaining process and unilaterally impose a new contract.

The move by Ford’s Progressive Conservative government is undemocratic and draconian.

The union has been without a contract since Aug. 31, and has been bargaining with the province since then with very little luck.

According to the document “Education Workers’ Wages in Ontario: The Impact of Ten Years of Cuts” written by CUPE, said they need a salary raise that can keep up with rising inflation.

After receiving only a one per cent pay increase in its last contract, the union is now asking for an 11.7 per cent annual raise for their workers, but the provincial government is only offering them 2.5 per cent for workers making $43,000 or less.

Yes, you read that properly.

The Ford government refuses to listen to the union’s concerns and is providing them with a cheap deal.

After declining the province’s offer in last Sunday’s meeting, Laura Walton, president of CUPE Ontario’s School Board Council of Unions (OSBCU), announced they will be holding a one-day walk-out strike on Nov. 4.

The provincial government, however, wasn’t pleased and on Monday, Ontario Education Minister Steven Lecce, with support from Ontario Premier Doug Ford, introduced a bill that would force the union to send them back to work, b. Blocking them from going on strike, and forcing them into a deal they didn’t bargain for.

Conservatives in all levels of government in Canada were largely recognized for advocating for people’s rights during the peak of the COVID-19 pandemic. They expressed a desire for all pandemic restrictions to end.

In this case, they are taking away education workers’ rights to express their opinions and concerns.

Bill 28 also known as the “Keeping Students in Class Act,” was tabled at Queen’s Park on Tuesday and the bill was passed Thursday with the Ford government invoking the notwithstanding clause of the Charter to force the education workers back to work and force a contract upon them.

CUPE responded furiously to the proposal on Monday, pledging that even if the bill passed, they would still go to the picket lines on Friday.

The union upped it on Wednesday, upgrading that promise to a strike until further notice. They say the bill violates their Charter rights for collective bargaining and the right to strike. Which it does.

The Ford government has now used the notwithstanding clause twice in just four years in office.

Canadian Prime Minister Justin Trudeau held a phone call meeting with Ford on Wednesday night and made it clear to him that “the preemptive use of the Canadian Charter of Rights and Freedoms’ notwithstanding clause is wrong and inappropriate, and should only ever be used in the most exceptional of circumstances.”

Lecce, in his defence of the ongoing dispute with CUPE, issued a media release statement last Monday, saying students “are finally back in class catching up, following two years of pandemic disruptions.”

“CUPE has now made the decision to strike, putting (its) own self-interest ahead of Ontario’s nearly two million children, who deserve to stay in class learning. We are delivering on our promise to parents that our government will do whatever it takes to keep students in class,” he said.

Lecce pledged they won’t return to negotiating with the union unless they cancel their strike first. It’s something that won’t happen.

Parents will, unfortunately, scramble to look for backup childcare plans for their kids due to the government’s stubborn attitude which has made matters only worse with this undemocratic bill.

Any education workers who hit the picket lines today will face fines that are unfair to them, and unfair to over two million Ontario students who will have their learning disrupted again, after a difficult two years of pandemic shutdowns.