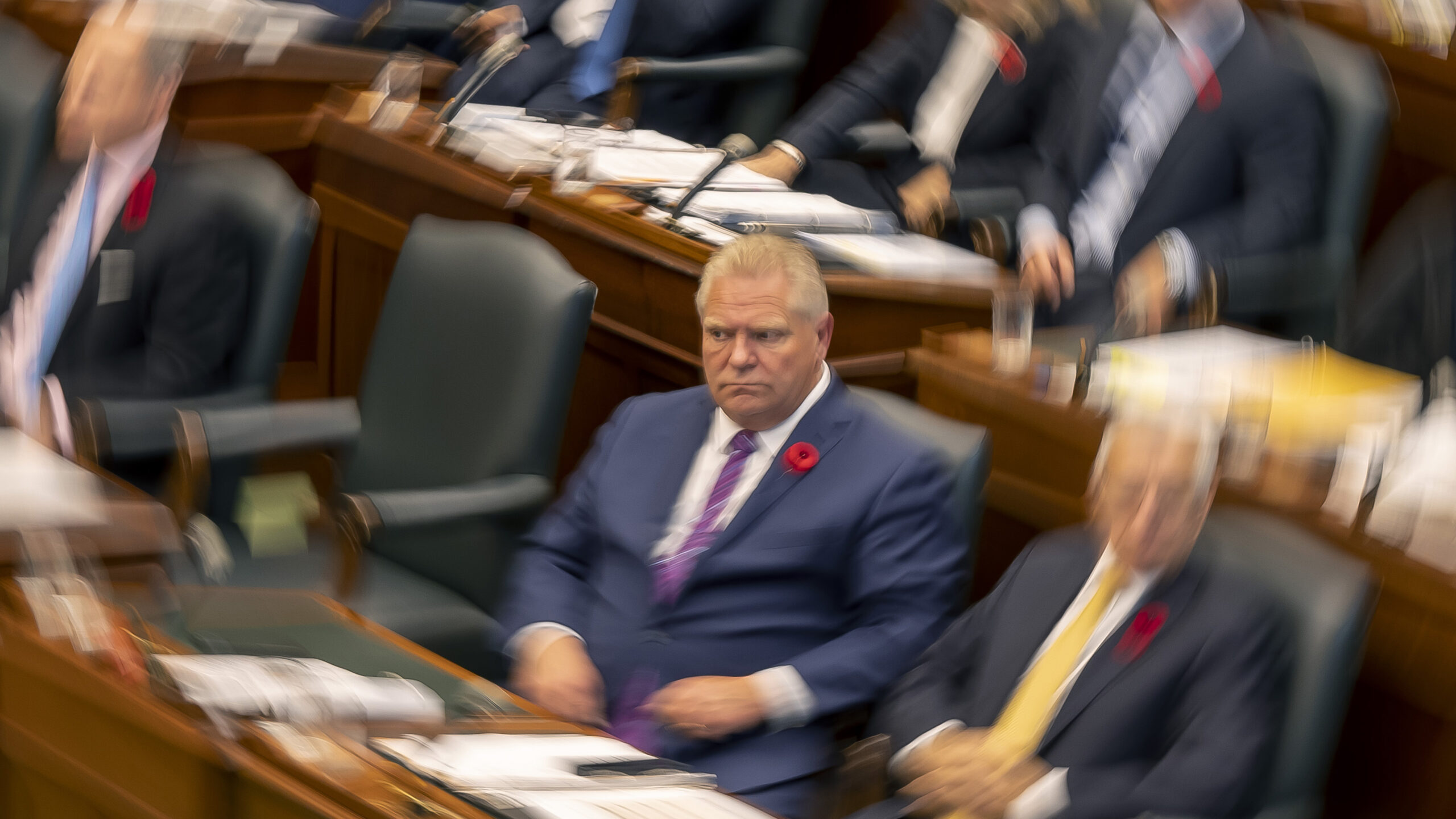 When someone thinks of the duties that a provincial premier is responsible for, serving the people should be the first item on the list.

When someone then thinks of the top priority Premier Doug Ford currently has, the first item on the list isn’t close to serving the people. Indeed, it sometimes seems Ford’s interests directly conflict with the masses, and on multiple occasions, Ford has had standoffs with the masses.

A premier shouldn’t be in the business of being an opponent to the people.

When Ford was first elected in 2018, he quickly set about reducing government spending. One of the first targets was education. He proposed cutting 3,475 Ontario teaching jobs right off the bat, which set about a long-running feud with the education sector that continues to this day.

He also sought to increase class sizes, which means more kids for teachers to handle, when there’s already a teacher shortage to add to the problem.

Fast forward to this month, the education debate has surged back to the forefront in Ontario, with educational support workers demanding an annual 11 per cent increase in pay to better match inflation. As is to be expected from a fiscally conservative government, such an increase was promptly rejected.

This time, however, the situation spiraled. As the Canadian Union of Public Employees (CUPE) announced its plans to strike, Ford and the Ontario government made an unprecedented move.

They imposed the notwithstanding clause in the Charter of Rights and Freedoms to make strikes illegal and impose a contract.

The tactic was meant to portray the government as firmly in control. It was meant to send a message to workers to obey and keep kids in school.

Instead, it blew up in Ford’s face.

CUPE doubled down, and other unions joined in protest against them. It took two days of strikes for Ford to fold and return to the bargaining table.

Instead of simply sitting down and negotiating with the workers, the people Ford proudly claimed to always represent, he desperately went all-in –– only to fold.

He sought to strip the rights of workers away to save himself. Yet, making a decision, only to reverse it later, is nothing new with Ford’s government.

His next blunder would be the Greenbelt. It’s a vital and permanently protected area of green space, farmland, forests, wetlands, and watersheds. Ford’s government said in 2021 that it wouldn’t touch the Greenbelt, and yet a year later, this policy vapourized and now Ford is looking to carve away 7,400 acres of land for housing.

The reasoning for this change in course is supposedly because of Canada’s new immigration target, which is nearly 500,000 immigrants per year by 2025. Ford claims there isn’t enough room for them.

This is simply not the case. It’s an attempt to shift blame to the federal government instead of simply admitting he’s gone against previous promises again.

His government’s own task force for combating the housing crisis even contradicted his claim. Plenty of land is available even inside urban areas to develop. The main issue is simply that there’s red tape and a poorly managed system along the way.

But it’d be easier for Ford to knock down trees and pave over farm fields than address these issues, it would seem. One piece of the Greenbelt will become two, and then three…

While it’s true that striking workers will keep kids out of school, he failed to acknowledge why exactly they chose to strike, instead accusing them of not caring about the kids.

Although Ontario has a housing crisis and more immigrants will further strain that, he failed to address the problems with zoning rules and red tape that would help alleviate the challenges and build more multi-family homes to allow for denser housing.

Instead, he jumped to put 15 parcels of the Greenbelt to the torch instead.

This tells you exactly the type of leader Doug Ford has turned out to be.

He’s short sighted and reactionary. He opted for a solution that seemed the simplest and quickest way to solve a problem, all while stretching the truth to do it.