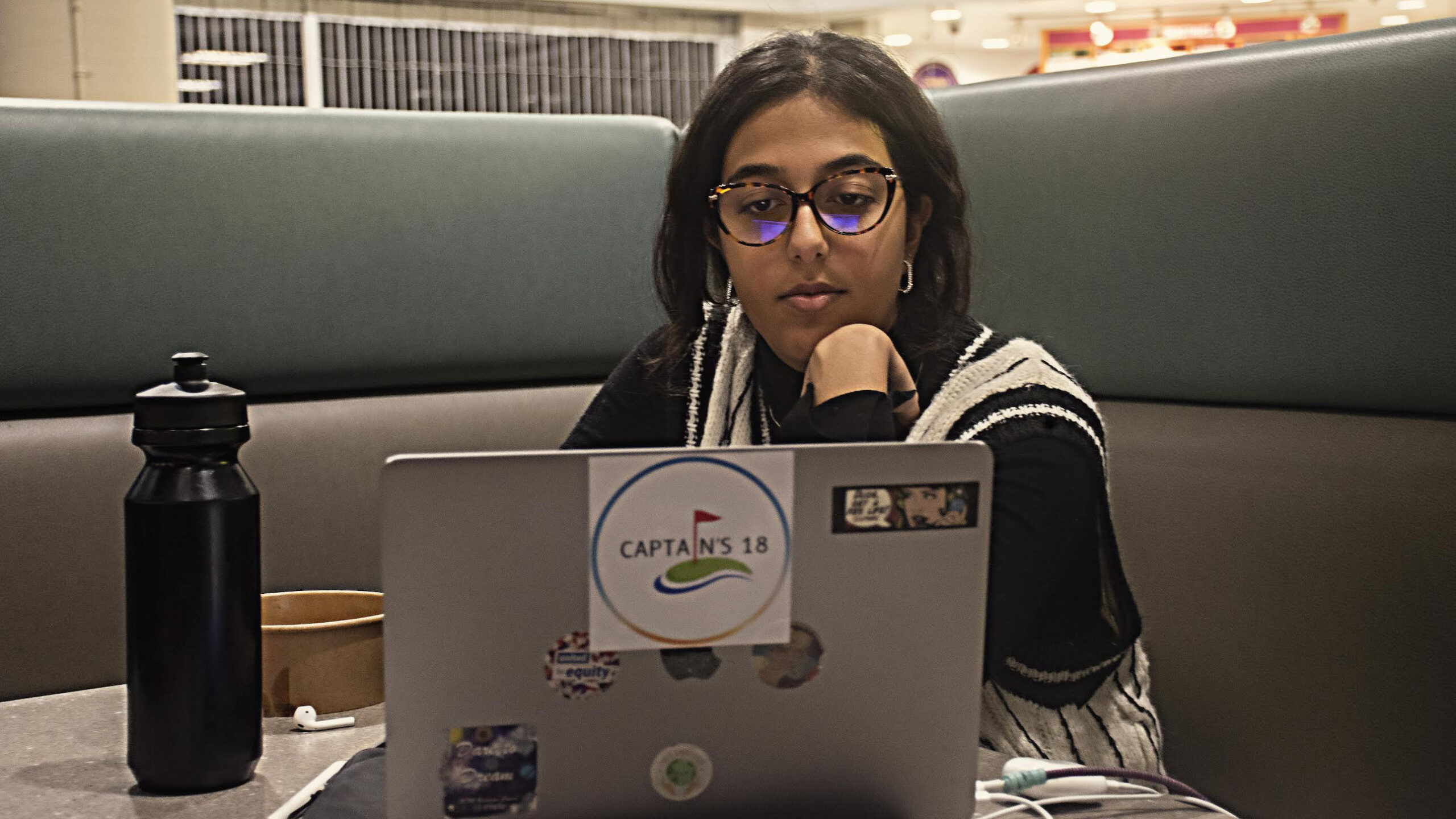 International students are concerned about having to sacrifice their education just to make ends meet in the new year.

The International Monetary Fund (IMF) warned that “the worst is yet to come,” and said that a third of the world’s economy will contract next year due to a recession.

The global economy will decrease by 2.7 per cent, according to the latest world economic outlook growth projections by IMF. Canada’s growth estimate for 2023 has been reduced to 1.5 per cent.

Barkat, an international web design and development student at Humber College who has one name, said many parents who send their children to another country to get an education are not necessarily rich.

She said the economic downturn will force many students to take on loans.

“With [a] recession coming, opportunities for students are going to reduce,” Barkat said.

Aksnoor Singh, a third-year international student in the Civil Engineering Technology program at Humber College, said with the cost of living increasing and with affordability a concern, this recession will impact students financially and psychologically.

For Singh, a big concern is that a possible recession could reach its lowest point while he’s studying.

“I hope the recession does not hit its peak because I know it is hard where everything earned is spent,” Singh said.

Gurmeet Sohi, an investment advisor at Canfin Financial Group in Toronto, said unemployment will increase, which will be a challenge for international students as most companies will lay off their staff.

“Recession will impact the job market,” Sohi said. “International students who are currently studying won’t be able to find jobs easily and students who will graduate will also face challenges in securing a field job.”

Sohi said international students working more than 20 hours can be a boon, allowing them the opportunity to get hired for jobs that require a greater work commitment.

“As we know the cost of groceries is high and inflation is above eight per cent, [so] students can use this opportunity to self-sustain,” Sohi said.

He said working full-time, as many will choose to do so, will negatively impact their studies as concerns about everyday expenses become a new priority.

Lovepreet Kaur, an international student in Wireless Networking at Loyalist College, said the only way to survive the recession and inflation is to work more.

“I don’t see any other choice,” she said. “It took me three months to get a part-time job and the thought of being unemployed scares me.”

“I would advise the students to set a monthly budget, follow it and keep a record of each expense on an excel sheet,” Sohi said.

Singh also advised his fellow international students not to panic at the thought of a recession.

“You will be fine, where you faced and passed over all the obstacles, you will fight and win this one too,” Singh said.