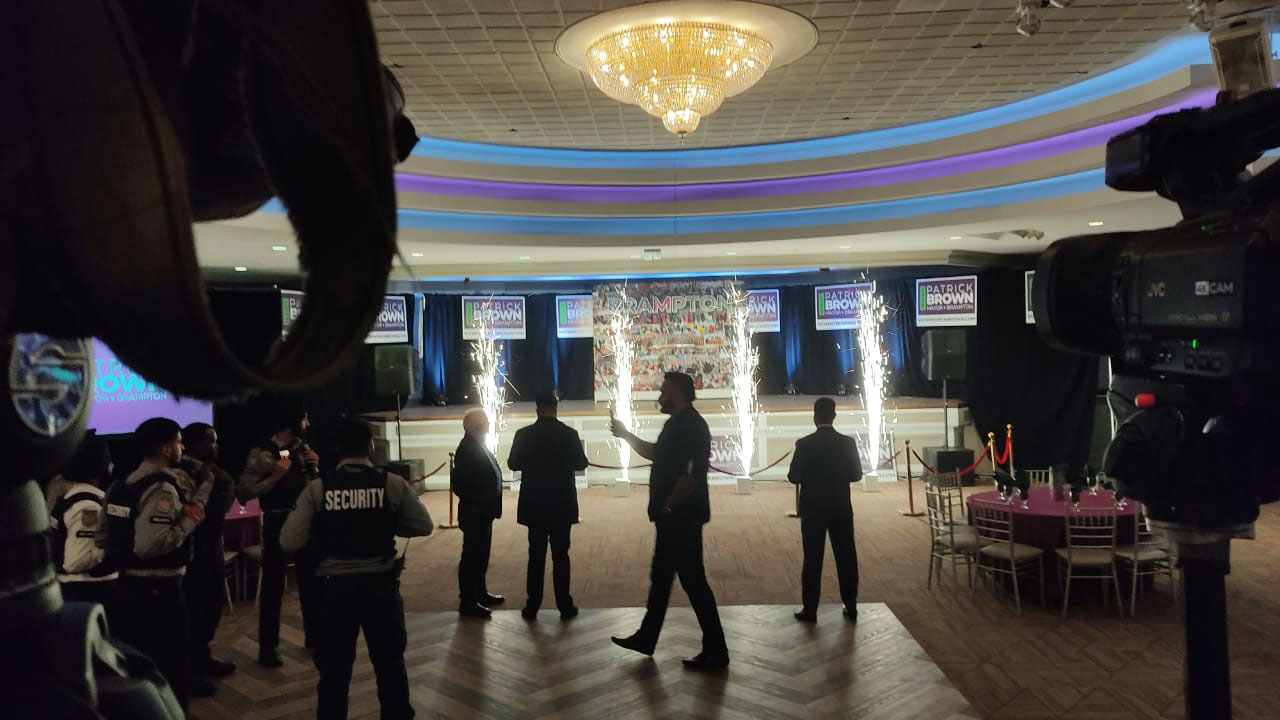 Patrick Brown has been re-elected as the mayor of Brampton for a second term.

In his victory speech, Brown promised that next year his city will have a second hospital and a med school.

“There is talent and resilience in our city that we should be proud of,” he said.

“This is a win against the negative politics,” Brown told his cheering supporters.

Brown’s campaign manager, John Mykytyshyn, said it was obvious who the winner was.

“There was no competition for us because we were sure of our win from Day 1,” he told Humber News reporter Abhisha Nanda.

Brown served as mayor for the last four years.

“I kept my promises and worked hard to get Brampton back on track,” he told the Brampton Guardian.

He also told the Guardian he wants to hire new regional police officers to deal with guns and gangs as well as auto theft and human trafficking.

Singh is a broadcaster, journalist, and founder of Sanjha Punjab Radio & TV and in an interview with the Brampton Guardian said he decided to run for mayor in order to “get Brampton working again.”

He came to Canada almost 30 years ago.

Kaur, a lawyer and business owner, told the Guardian she wants to urgently address the issues of crime and safety. She also wants to transform the culture of city hall, and said she’d commit to governing with accountability, transparency and integrity.