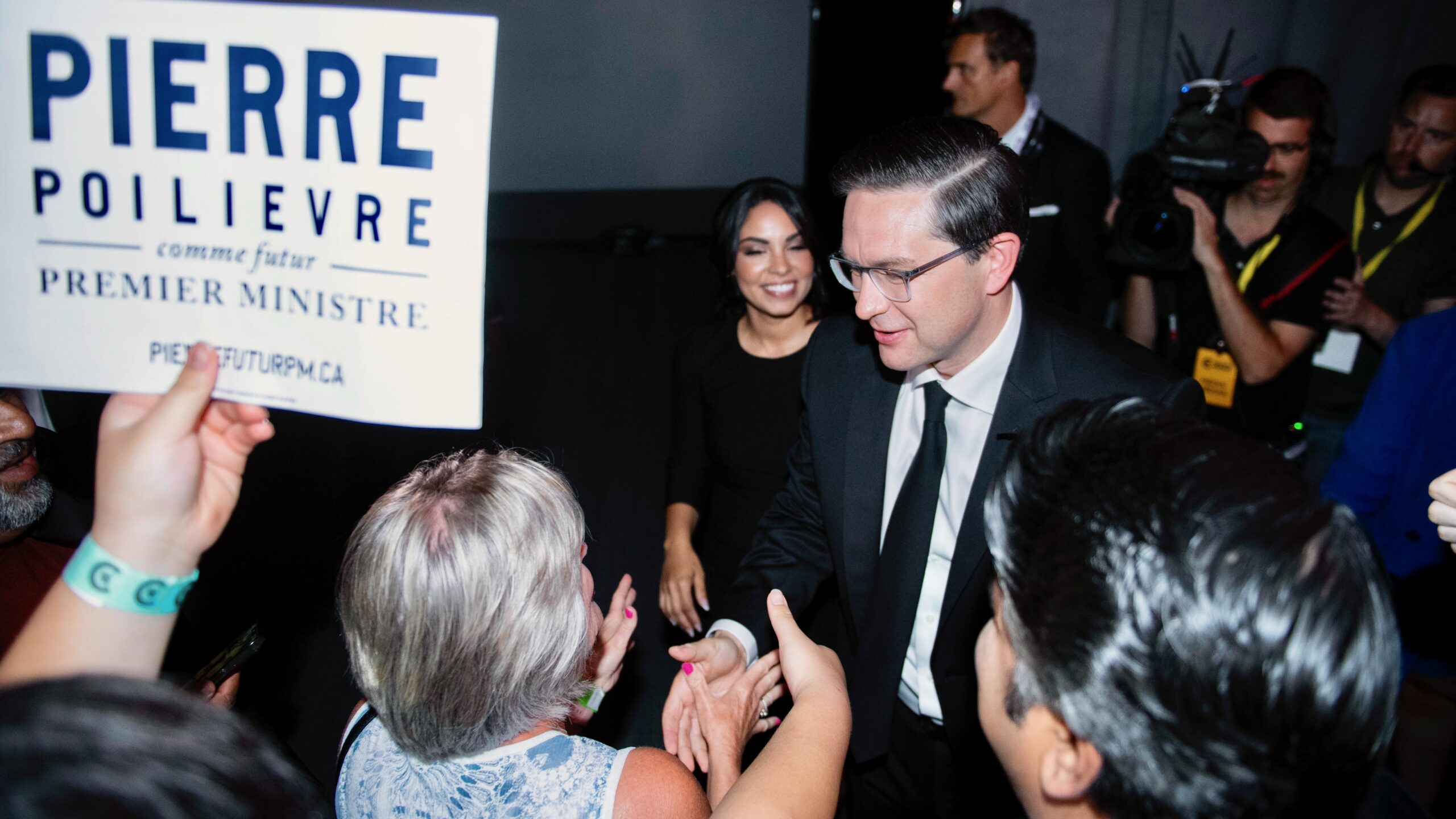 The Liberal Party of Canada has been in power since 2015 when a young newcomer with a famous name – Justin Trudeau – defeated longtime Conservative Party leader and former prime minister, Stephen Harper.

Since then, the Conservative leadership has been a revolving door of placeholders – until now.

The Conservative Party held its leadership convention on Sept. 10, and a swift winner emerged — Pierre Poilievre.

Poilievre, a Conservative Member of Parliament (MP) since 2004 for the Ottawa riding of Carleton, became the newest face of the Conservative Party in Canada, “with an impressive 68.15 per cent of the available points,” the party announced.

Poilievre swept almost every riding available to him, taking 330 of the 338. The result officially crowned him the face of the Conservative Party and unites the party under an unapologetic right-wing populist politician.

But what does Poilievre’s victory mean for Canadians?

The Conservatives since the ‘90s, or as they were known then, the Progressive Conservatives, were able to secure votes from both Liberals and New Democrats voters because they had enough members who could present themselves as “moderates” hovering in the middle. The Red Tory is now extinct.

After the defeat of Erin O’Toole in the last general election — a leader who many believed to be the most moderate leader in decades — the party found itself in a precarious position.

Poilievre has taken Canadian politics by storm through the COVID-19 pandemic and beyond with his brash and unapologetic political style. In many ways, the populist rhetoric Poilievre embraced is very emblematic of a certain former president of the United States.

He claims to be a champion of freedom and a fighter for hard-working Canadians. A man who will make it his mission to take on the Liberals and elites in Canada. It’s peculiar that a man who has spent his entire adult life in cushy politics can somehow consider himself a “champion of the working class.”

Poilievre, like many Conservative leaders in the past, ran on a thin campaign platform filled with vague promises, but continued to outline his main goal of “making Canada the freest country on Earth.”

He has promised to fire all the bureaucrats that he deems unnecessary, and this rang true to many of his supporters on Saturday when he promised to get rid of the federal government’s “disastrous” ArriveCAN app and when he vowed to eradicate all vaccination mandates in all areas of federal jurisdiction.

Poilievre’s stance on COVID-19 vaccination has been clear to Canadians since he elected to support the Freedom Convoy. The protest, led by truckers, brought Ottawa to a screeching halt for more than three weeks.

The convoy consisted of unvaccinated truckers claiming their livelihoods and freedoms were being affected by the mandates. The convoy housed racists, neo-Nazis and antisemites brazenly flying swastikas on flags at these protests, vandalized monuments and mocked Indigenous chants with drums.

“People flying evil confederate or Nazi flags or disrespecting monuments are individually responsible for reprehensible acts,” Poilievre tweeted. “They do not represent the thousands of lawful truckers who are actually part of the protest and are peacefully championing their livelihoods & freedoms.”

Poilievre has long been a social conservative, taking a position against gay marriage and has voted consistently against advancing women’s reproductive rights. The Abortion Rights Coalition of Canada (ARCC) keeps a list of Canada’s parliament and its members whom they deem to be “anti-choice.”

Poilievre has always been rated as “anti-choice.”

Poilievre voted in 2008 against giving Dr. Henry Morgentaler — the physician who played an instrumental role in progressing women’s health rights in this country — the Order of Canada.

Pierre Poilievre’s rapid ascent to the Conservative leadership marks the arrival of a newer form of populism. A social media-fuelled, conspiracy theorist, fake news style of politics that swept through the United States.

Poilievre’s future in Canadian politics remains to be seen, but it’s undeniable his victory gives him confidence. He believes, almost prophetically, that he is destined to dethrone the Liberals.

Canadians must understand that voting in the next election is more crucial than ever. Preventing him from taking power is necessary to keep Canada from taking too many steps in the wrong direction.