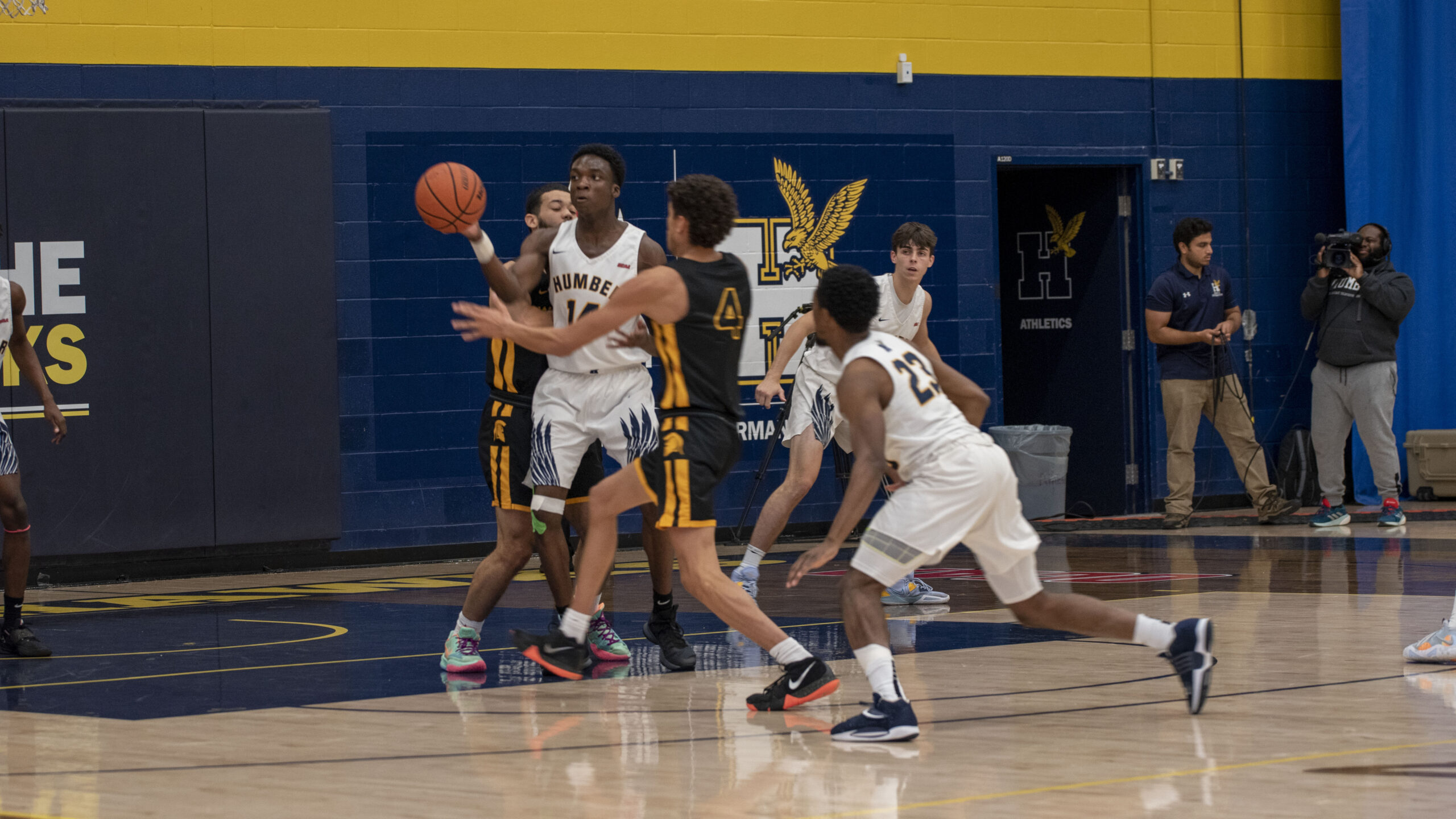 Hawks men’s basketball head coach, Omar Miles, has high expectations for his team going into the new 2022-2023 season despite a rough start.

“My mentality is for my guys to have fun, but also try to execute all the things we’ve learnt in practice,” he said.

The Hawks fell to the Waterloo Warriors in preseason action Thursday night, 86-78, after taking the lead going into the half. It was the Hawks’ second straight preseason loss after being blown out on Sept. 22 by the Laurier Golden Hawks, 103-51.

Miles thought the game was an excellent learning opportunity for the group. They make mistakes and can grow, especially given how young this team is.

“When you have a young team and nine rookies, we are bound to make a lot of mistakes,” Miles said.

For a group like this one with a ton of fresh faces, it’s about using those challenges as opportunities to improve. A new team always has a lot to learn and that’s no exception this season.

The Hawks are coming off a national championship win in Mills’ debut season as head coach last year. The bar was set high, but now, as Mills enters his second season with the team after spending four seasons as the assistant coach the pressure surely remains.

For the team’s veterans like fourth-year forward Jamani Barrett, a transfer from Lakehead University, they look to pass knowledge to the younger players to grow the Hawks into a championship contender once more.

“A lot of the guys are honestly just getting used to playing at this level,” he said.

During the Hawks-Warriors game, Barrett shouted words of encouragement from the sidelines to his fellow teammates. He was the loudest voice on the Hawks bench. Barrett aims to inspire rookies to gain as much as they can from this experience as possible.

“My advice to the rookies is to be a sponge,” he said.

“The only way you’re going to take the most out of this opportunity is by soaking up everything from everyone,” Barrett continued.

Barrett’s advice will likely be heard by rookie Devonte Campbell, who’s looking forward to strengthening his chemistry with his new teammates and improving the team on defense.

“We just have to play better defensively across the board and get a lot of rebounds,” Campbell said.

Miles noted following the game that it’s been fun competing and their goal right now is to get better each and every day and prove how good the defending champions still are.