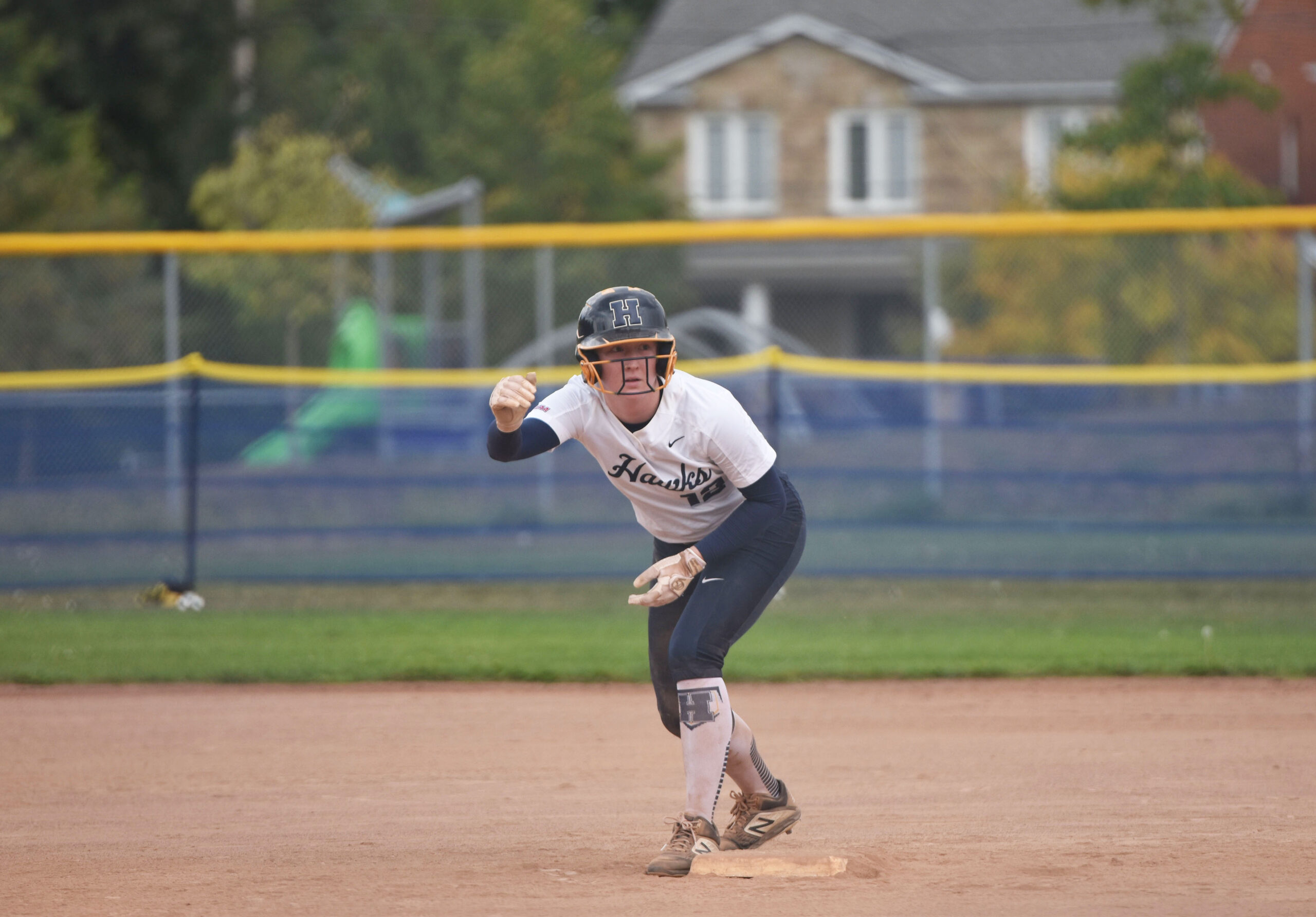 The Hawks softball team started 2022 strong by going undefeated with a 5-0 record, perched comfortably at the top of the league. But much as they’re looking forward, the team is also remembering their bronze medal at last year’s OCAA Championships.

Fourth-year outfielder Hannah Koziolek played a crucial role in Humber’s impressive streak this season, the launch of this season’s quest for gold.

Along with her veteran experience and leadership, she has made the Humber softball record book twice this season.

Earlier this month, the Brampton native finished 3-for-4 at the plate, driving in seven runs against the Sheridan Bruins and setting a new program single-game record. She also became Humber softball’s all-time stolen base leader with 29.

Her performance earned her an accolade as Humber’s Athlete of the Week for the first time in her career, on Sept. 12.

Although she was proud of the achievement, she credits her familiarity with college softball as an ode to her success.

“It all just comes with experience. Being able to be in a lot of college games, a lot of at-bats, and a lot of innings played, comes with confidence,” Koziolek said.

Koziolek was praised by many, including six-year head coach Duaine Bowles.

“She’s a player that we have really leaned on to be a leader this year and she has answered the bell,” he said.

As a result of the pandemic, Humber has a younger team without a ton of experience.

Bowles reminded the team they should use the slump as an opportunity to learn lessons about the mindset they should have when facing dangerous opponents.

He said during their tough stretch, he observed a lack of a consistent winning mentality.

“Championship behaviour is being an elite player every day in every moment. Starting when you come to the field, when you get to batting practice, and to the actual game” Bowles said.

“I don’t think we were exercising championship habits and I think it kind of bit us in the back,” he said.

The slump ended after a doubleheader win against the Lambton Lions on Sunday, when another veteran made their way into the record books.

In 48 games Ferreira hit her 11th long ball in the first inning of game one, breaking the record of Terah Camilleri, who hit 10 in 80 games for the Hawks from 2014 to 2019. Ferreira managed to accomplish the feat in nearly half the games. 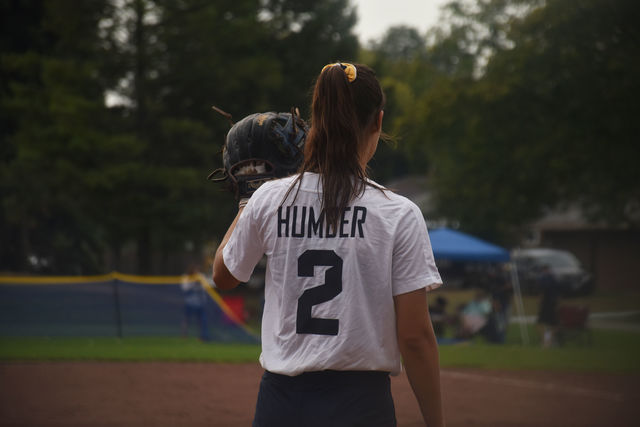 Infielder Alexis Ferreria making a play at third base on Sept. 18 against the Lambton Lions at Connorvale Park. The Hawks swept the Lions in their doubleheader. Photo credit: Isabelle Ferrante

Prior to hitting the record, Ferreira felt her game was suffering due to the expectations.

“No one around me put any pressure on me or even mentioned it, but it was always in the back of my head,” the 2022 Humber softball team co-MVP said.

“So to finally hit, it was just a weight off my shoulder, and I can start to relax a bit and play my game.”

With 14 games left in the regular season, Bowles hopes the team uses the lessons they learned during their slump and can apply them.

“This team is extremely talented, so I think if we do practice championship habits then we are going to put ourselves in a good spot,” he said.