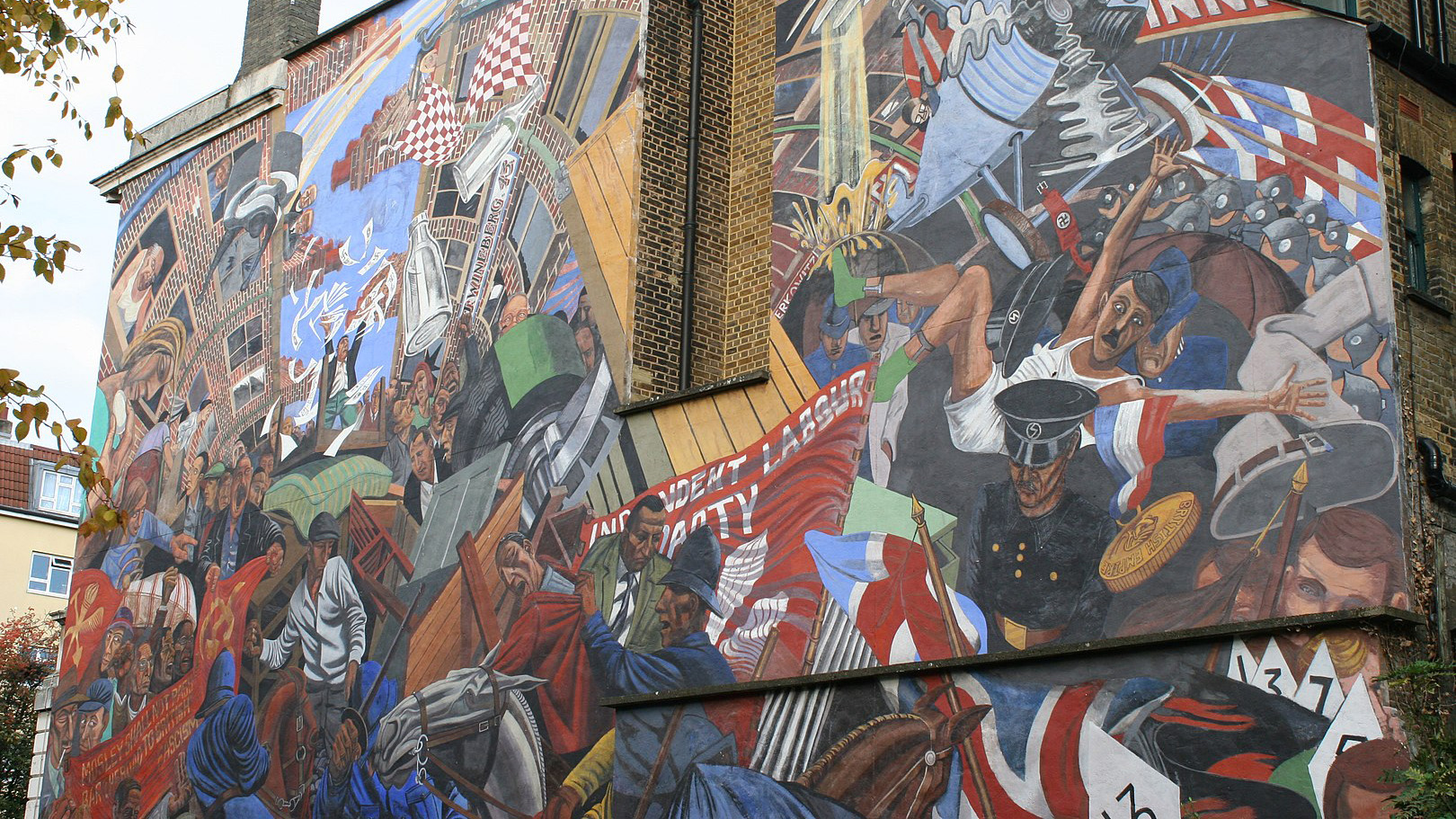 The myth of the Second World War is that it killed antisemitism. It didn’t.

Fascism hid its bravado, crawling door-to-door across Europe for solace, eventually finding shelter in 1940s London. The roots of fascism in England started with a single man, Oswald Mosley.

Mosley was the son of an aristocratic family with a line of Baronets on his father’s side, charismatic and arrogant from an early age long before importing fascism to England became his life’s goal — but first, he became a politician.

An opportunistic young politician, between 1918 to 1924 Mosley switched allegiances between Conservative and Independent finally settling in the Labour Party, even being considered for Prime Minister by some but quickly fell out with the party in 1931.

After a trip to Mussolini’s Italy in 1932, he became convinced once and for all fascism was the instrument to usher in his twisted vision. He founded the British Union of Fascists (BUF) better known as The Black Shirts.

Mosley and his cronies would terrorize the streets of London with endless marches and rallies, beating anyone who resisted them — and targeting young Jewish men was rampant.

This would culminate in the famous Battle of Cable Street in 1936 between police protecting the rights of Mosley’s fascists to march in the area and groups of anti-fascists blockading the streets refusing to let them pass.

No fascist passed Cable Street that day in ‘36.

Yet, it was’t a victory.

Britain entered the war against a Nazi Germany in 1939. Hitler began flinching his gun barrels towards the proud isle a little too closely. Defense Regulation 18B was passed. The bill was intended to allow detaining of anyone that poses a security threat.

Winston Churchill and the intelligence services understood Mosley and others like him posed a serious threat to betray Britain in favor of Hitler and Mussolini. Mosley and thousands of fascists were imprisoned.

Yet, when more than 50,000 Jewish refugees fled into Britain from Germany and Austria in 1939 they were turned away. Some even imprisoned in the same camps as the fascists. More than 80 per cent of those interred on the Isle of Man were Jewish.

As the war slowed down by 1943, Oswald Mosley was freed and his cult of personality was not a simple threat, it was violence personified.

In 1945 after the perceived death of fascism, Mosley reappeared at a Christmas party to a group of supporters. Although morphing and mutilated, fascism was still bubbling under the cracks.

Since the ‘30s, Jewish teenagers were targets of gang attacks across London. But this was no longer the ‘30s — the teenagers they used to beat down were now men and women who knew to fight back.

Group 43 was formed in London in March 1946 as a response to the government’s decision that fascism had no real threat anymore. It began with 37 Jewish ex-servicemen, who risked their lives to fight the Nazis only to come back home to find them at their doorstep. Added to the group’s original roster was one Gentile and five women.

They were not a political group. In fact, they were adamant about not being associated with any political ideology. Inside the group were socialists, anarchists, conservatives, liberals, and communists, united by one common string — hatred of fascism.

On Guard was a newspaper the group ran that covered worldwide struggles against oppression, such as the Black struggle in America, the protection of their communities, infiltration of fascist groups, and they were open to all people no matter their sexuality or race.

The 43 crashed fascist gatherings, heckled speeches, and directly fought them in the streets. They had boxers, martial artists, and fighters of all kinds among their ranks, eager to fight.

They didn’t believe in debating fascists on top of soapboxes. There was only one way to deal with them — disruption.

The group ran many successful operations and slowed down the growth of England’s fascism, they disbanded in 1950 as they saw their mission as having succeeded.

Their legacy inspired many resistance groups including the 63 Group, formed in 1962 to combat another surge in fascism in England.

When a force of hate attempts to erase your existence, you have no option but to show you are alive. In that spirit, Group 43 existed and they shall never cease to exist.